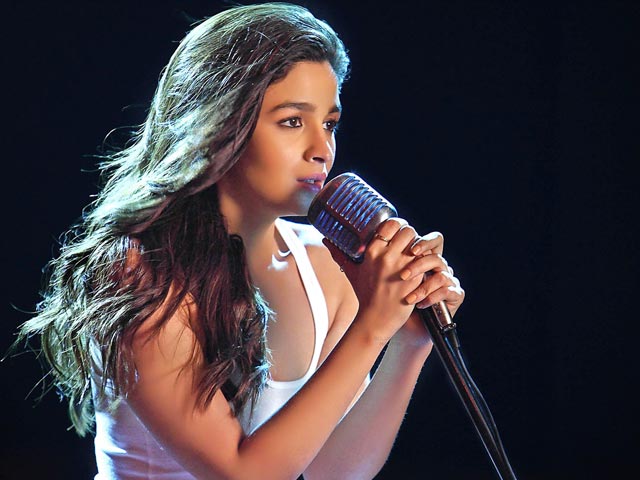 The filmy world has been that place that oozes out talent of myriad forms. We have had actors who are extremely versatile to juggle various genres. We have seen many talented actors trying their hands at directing and producing movies, and they gave us some movies which are worth remembering. Bollywood has never failed to surprise us each day with good news of different kinds.

What touches us the most about our favorite Bollywood celebrities is when we hear them crooning to the tunes of the songs from their movies. Sure, we love to see them act and entertain us, but hearing them sing gives us a pleasure of a different kind. The Holi anthem of India, Rang Barse, became as popular as it is now because our very own Amitabh Bachchan lent his voice to this beautiful song. And, it is not just senior Bachchan who is great at singing. He seems to have passed his talent on to Junior Bachchan as well as we still remember how the Bluffmaster of Bollywood, Abhishek Bachchan rocked the screens by singing the title track of the movie. Little did we know that he would ace at rapping. And of course how can we ever forget SRK singing “Apun Bola” in Josh?

These were the old songs we grew up with. Meanwhile, Bollywood has given us something to look forward to with these amazing songs sung by the celebrities themselves in the recent years:

While Alia’s acting career was soaring, we came to know about another of her hidden talents. Alia Bhatt sings like a professional singer, and that was proved to us when we heard her lend her voice to our very favourite song, Samjhawan from the movie, Humpty Sharma Ki Dulhania. The soulful song of love is etched deep in our minds ever since its release.

This song reminds us of all the tales of love that we lost. But it also reminds us that it is better to have loved and lost than to never have loved at all. This melodious number from the movie, Meri Pyaari Bindu is our favourite for another reason too. Our very own Parineeti Chopra was the one who crooned to the tunes of this song and made this one very difficult to forget. Not only has this bubbly beauty won us over with her acting skills, but her singing skills are a cherry on top.

We all know our Aamir Khan as a perfectionist who aces every role he lays his hands upon. His talent for singing also deserves special mention. The first song he sang for Bollywood was the famous Khandala song, which is still our favourite one while playing antakshari. In 2017, he played the “hanikarak bapu” in the movie Dangal, and at the end of the movie he surprised us even more when he sang the Dhaakad song and rocked one and all.

The Three In One Package – Shraddha Kapoor, Teri Galiyaan

Shraddha Kapoor is that great talent of B town who is a good actor, an amazing dancer, and a mellifluous singer. Her acting and dancing skills do not need a special mention as we have all seen it one too many times. Shraddha Kapoor is being loyal to her bloodline as it can be traced till Lata Mangeshkar. Her beautiful voice in the song Teri Galiyaan from the Ek Villain has a special place in our hearts.

He made his singing debut in the movie Hello Brother with the song, Chaandi Ki Daal Par. It was a funky Holi song which he lent his voice to, and years later he came up with another profound and heartfelt number, Main Hoon Hero Tera from the movie, Hero. The song became an instant hit and can be easily called one of the romantic anthems which will never get old.

With so many young and old talents working together, no wonder B Town is a place full of pleasant surprises.

Unstoppable By Dino James Is An Inspiring Song With A Great...