HotFridayTalks
Home Music Mohit Chauhan Is Back With A New Song From The Upcoming Film... 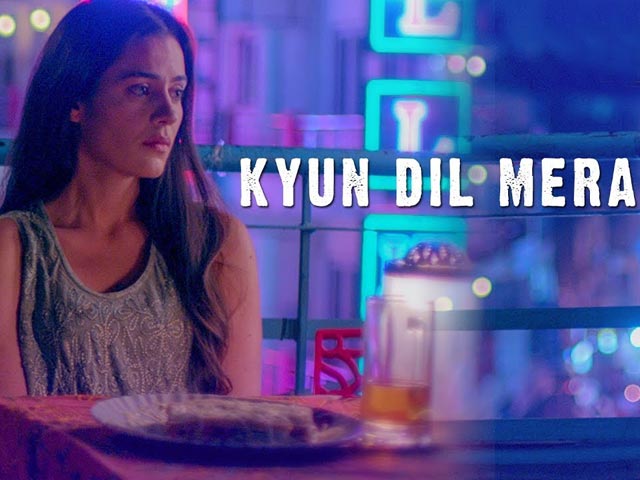 Sony Music India has launched a new song from the upcoming film Paharganj. This is a romantic track that has been sung by Mohit Chauhan whose voice adds its own charm to its flair. The song is called Kyun Dil Mera, and has been composed by Ajay Singha and Penned by Mohit Pathak. A music video of it has also arrived via Sony Music India’s official YouTube channel.

Kyun Dil Mera is a softly sung track that’s looking to create a pleasant vibe. Soft guitar strums and tablas are the only highlights in its music. Ajay Singha has done a great job at achieving what he had set out to achieve with this track. It easily manages to create a romantic vibe with its music. And as for its lyrics, they too have been well written. The chorus of this song goes, “Kyun dil mera, hua hai tera. Ke jaana nahi kab se, main tera hone laga.”

But its Mohit Chauhan’s voice that is undoubtedly the biggest appeal of this song. He imbibes it with the kind of charm that no other singer can recreate. The ace singer has come a long way in his career, and is still belting out excellent songs till date. The music video of the Kyun Dil Mera features a behind-the-scenes look at Mohit recording it in the studio. Shots from the film Paharganj are also featured in the video.

This is an upcoming film that stars Lorena Franco, Bijesh Jayarajan and Neet Chowdhary. The film’s story revolves around a woman’s search for her lost love, a man dealing with his brother’s untimely death, an unexpected political murder and a raging gang war. It has been directed by Rakesh Ranjan Kumar, who has previously directed Gandhi to Hitler.

Paharganj is slated to be released in theatres on March 15 across India. It will have the films Milan Talkies and Sharma Ji Ki Lag Gai giving it competition at the box office.

Sarphiri From Laila Majnu Captures The Madness Of Blooming Love