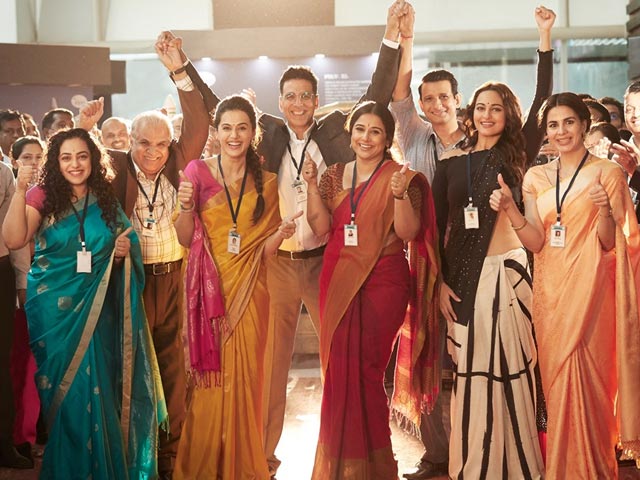 The big 15th August release this year is Mission Mangal, which has a star-studded cast. The makers of this film have now released the first song from its soundtrack. Called ‘Dil Mein Mars Hai,’ this song marks a reunion for Amit Trivedi and Amitabh Bhattacharya, who had started their Bollywood journeys together with films like Aamir, Dev.D, Udaan and others. A music video for this track has also been released via the Zee Music Company YouTube channel.

‘Dil Mein Mars Hai’ celebrates the ‘judaadu’ nature of Indians. As we’ve seen in the trailer, that’s kind of going to be the whole theme throughout the film as well. The lyrics by Amitabh Bhattacharya declare, “Apne brain ki, hai kaarastaani. Hum toh dhoondh lein, fire mein paani. Apne desh mein, sab kuch mumkin hai. We don’t need no meherbani.” As for the chorus, it talks about the mars mission itself, by referring to the past achievement of ISRO of reaching the moon. It goes, “Chaand ko kar ke rahenge aaj overtake hum. Poora chance hai. 3.. 2.. 1.. boom. Dil mein Mars hai.”

Benny Dayal and Vibha Saraf perfectly capture the high intensity nature of the song. One of the highlights of the song is a portion in the middle that has been sung like a wedding chant, with the word ‘mangalam’ in it. It goes, “Om mangalam. Mission mangalam. Space mangalam. Shuttle mangalam. Cool mangalam. Swag mangalam. Hash mangalam. Tag mangalam,” and so on.

We’re now awaiting the other songs from this Amit Trivedi soundtrack to be released online. Let’s see when that happens.

Marathi Song Indradhanu Gives You The Sawaar Loon Feels All Over...