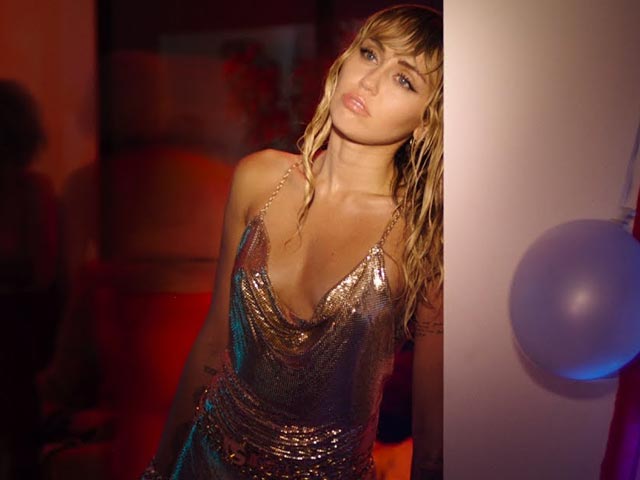 That Miley Cyrus is going through a tough divorce is no secret, and this is more than evident in her song ‘Slide Away,’ which was released back in August. And now a music video of the same track, that provides more background to the reasons for this split has come out. Miley had recently taken to Twitter to reveal what went wrong in her relationship with Liam Hemsworth, and the music video bears eerie similarities with her statement.

The ‘Slide Away’ clip features Cryus floating in a swimming pool amongst empty champagne bottles and folding chairs. Her post-party blues seem to be pointing out that she’s had enough of this lifestyle, even as she sings, “I want my house in the hills. Don’t want the whiskey and pills. I don’t give up easily. But I don’t think I’m down. So won’t you slide away?”

In her statement on Twitter last month, Miley had said, “I can accept that the life I’ve chosen means I must live completely open and transparent with my fans who I love, and the public, 100% of the time. What I cannot accept is being told I’m lying to cover up a crime I haven’t committed. I have nothing to hide.”

She added, “It is no secret that I was into partying in my teens and early 20’s. I have not only smoked, but advocated for weed, I’ve experimented with drugs, my biggest song to date is about dancing on molly and snorting lines in the bathroom,” while also admitting, “I fu*ked up and cheated in relationships when I was young.”

“But the truth is, once Liam and I reconciled, I meant it, and I was committed. There are NO secrets to uncover here. I’ve learned from every experience in my life. I’m not perfect, I don’t want to be, it’s boring. I’ve grown up in front of you, but the bottom line is, I HAVE GROWN UP. I can admit to a lot of things but I refuse to admit that my marriage ended because of cheating. Liam and I have been together for a decade. I’ve said it before & it remains true, I love Liam and always will,” she revealed.

You can watch the new new ‘Slide Away’ music video from Miley Cyrus in the space above.