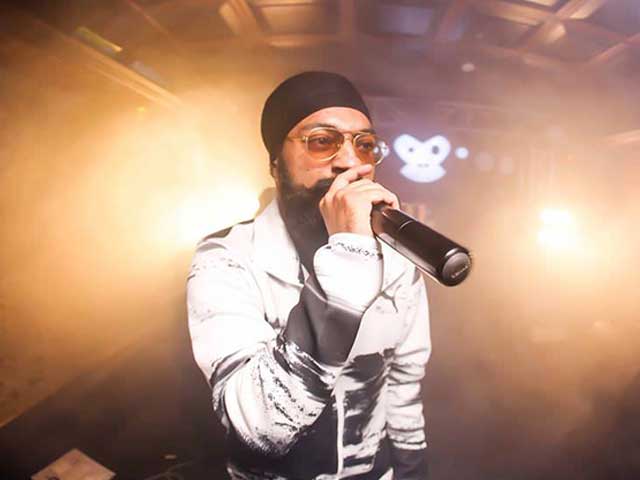 Among the recent crop of rappers who are gaining attention in India for their gritty writing, stands Prabh Deep. This rapper from New Delhi raps in Punjabi, Hindi as well as English, and stands out for his handling of serious topics like drug abuse, murder, student problems and others.

A school dropout, Prabh Deep took quite some time to find his true calling. He worked a few jobs after, before going on to become a b-boy. But he was soon confronted with the urge to connect with Delhi’s hip-hop movement in a grander way. That’s when he picked up the pen, and started coming up with his inimitable verses.

During this phase, Prabh Deep met Sez, a young beatmaker who would go onto become his partner in crime. In late 2016, these two collaborated to put out Class-Sikh, a 12-track album that grabbed rave reviews from critics for its fresh sound and responsible handling of gritty subjects.

The song Suno from this album is an excellent showcase of what the rest of the tracks bring to the table. It is characterized by a simple rapping style, which is what helps the words assume prominence over the music. It casts an eye on the failure of the education system which so often leads to adolescent drug use and crime.

Click Clack is another highlight-worthy song from Class-Sikh. In this one, Prabh Deep expresses his frustration towards the damage that drugs have done to his friends and his neighbourhood. This high-energy track will really get you worked up when you listen to it.

In fact, all the tracks in Class-Sikh are excellent pieces of art. Do listen to them when you can. By now, Prabh Deep has gained quite a name for himself in India, and is constantly doing shows all over the country. He recently also collaborated with Divine, Khasi Bloodz and Madurai Souljour for energizing track called Suede Gully.