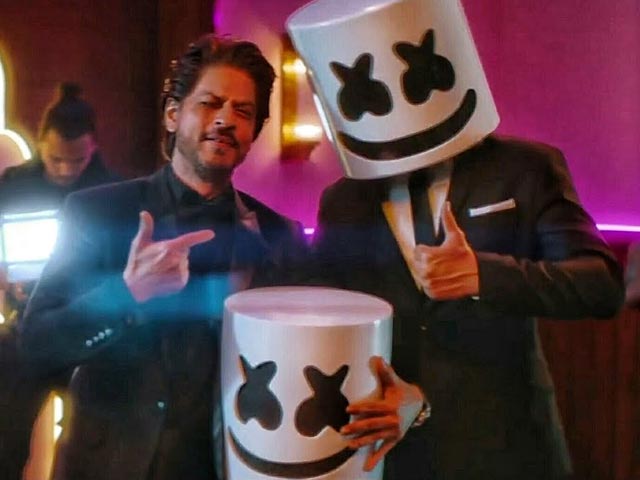 One of the most attractive songs this year, and the year has just started; ‘Biba’ is definitely topping the charts from day 1 and why not? When you get SRK to play a cameo in your music video, this ought to happen. Definitely not taking away anything from the song itself, but us fan girls were shocked to see him!

The song has typical Punjabi beats are mixed with rich lyrics by Shirley Setia and the music composer we look forward to, Pritam. The entire song has been arranged by the trio of Pritam, Shirley and Marshmellow. The chorus of the song is very upbeat with minute arrangements of the instruments. The lyrics go like, “Te biba nachdi, roke na rukdi, te biba nachdi” which talks about someone dancing relentlessly.

More than anything, the music video looks like a tribute to SRK. The sequences of the music video have been arranged with SRK’s best movie clips starting from Diwale Dulhaniya Le Jayenge and Mohabbatein to Devdas and Rab Ne Bana Di Jodi, all in one frame. All the movie clips matched the song pretty well. The most commendable job has been done by the dancers who danced on different genres while filming the movie clips. One interesting thing sure caught our eyes, and we couldn’t help but recall Sia, when all the main characters of the music video including SRK were wearing the Marshmellow head-mask.

That was really clever of the producers which also promoted Marshmellow well. Shirley Setia was seen at the beginning of the video, and she also has lines towards the bridge of the song. King Khan arrives towards the end, but his cameo was highly unexpected yet we loved it! Pritam and Shirley’s vocals make the song very energetic yet calm to listen to. The higher notes have been utilized with precision and there’s no dull moment in the entire song. Though the arrangements are typical Punjabi, we don’t quite see regionalism much in the music. The music is neutral and the music video made us speechless. The music video tells that it needed a good budget, but as reviews say it, Biba has totally done a good job!

Even if you don’t listen to Punjabi music, you needn’t miss ‘Biba’. This song would totally change your perception and taste if you try listening to it. What’s more? Go watch the music video, and get blown by the set decoration, actors, dancers and SRK himself!