HotFridayTalks
Home Music Laila From Notebook Is All Set To Be The Love Song Of... 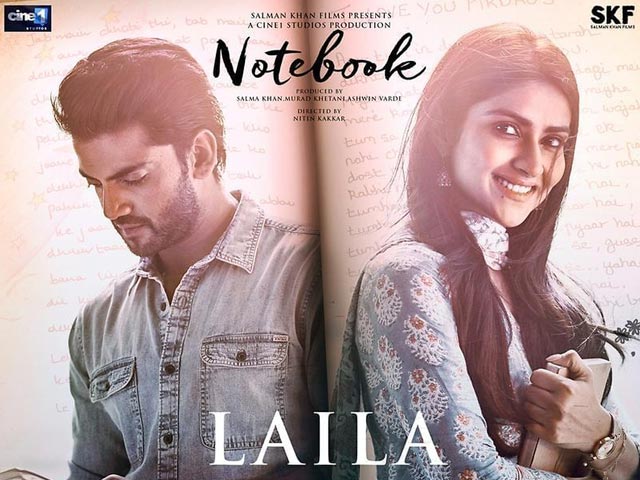 Dhvani Bhanushali whose singles Ishare Tere, Leja Re and Main Teri Hoon have got great reviews and love from fans sings Laila for Pranutan Behl in her debut film Notebook.

Earlier the makers of Notebook released the song Nai Lagda from the film and the song was an instant hit. Laila is the second song and was released on T-Series YouTube channel today. The song is a beautiful love song sung by Dhvani. The song has been picturised in a very romantic and beautiful setting.The song talks about love and hope, the kind of love the legendary couple Laila and Majnu shared.

Laila is composed by Vishal Mishra and written by Abhendra Upadhyay and Vishal Mishra. Vishal has used a live symphony orchestra from London for the song. For Dhvani the song is special as it is her first solo Hindi film song. She has earlier sung for Hindi films duets with Dilbar and Ishtehaar, lending her voice to Nora Fatehi and Sonakshi Sinha. Dhvani is hoping Laila too touches the heart of the audiences just like her other songs as the song has touched her heart too.

“I am really excited for Laila. This is my first solo film song and I am hoping that the audiences like it. My composer Vishal was very encouraging throughout. It is always fun collaborating and recording with him. I want to thank Murad Sir, Ashwin Sir and SKF for having faith in me and giving me this song. It’s a very beautiful melody. I am also glad that I could sing for the talented Pranutan,” says Dhvani.

Notebook is produced by SKF and Cine1 Studios. It stars newcomers Zaheer Iqbal and Pranutan Behl and is directed by Nitin Kakkar. Notebook releases soon on 29 March.