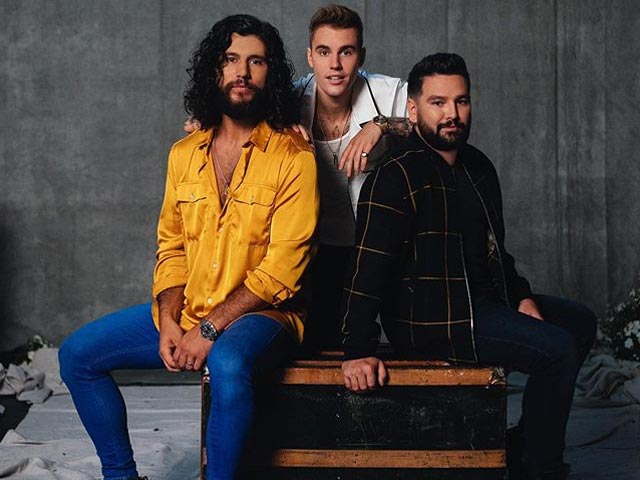 Justin Bieber has teamed up with country music duo, Dan + Shay for a new song titled ’10,000 Hours,’ which will form part of their new album. It’s a cheerful acoustic track that’ll be fit for romantic wedding dances. And in fact, the song is also being marketed with the same intention, with the artists having teased it as a ‘wedding song’ prior to its release. There’s no proper music video available yet, but a lyrics video has indeed been released by both Justin Bieber and Dan + Shay via their respective channels.

’10,000 Hours’ plays like your typical country track. The slow beats and light acoustic drums give it a dreamy feel, but what really gives the song its character are the harmonies. Shay takes the first verse and chorus, with Justin taking the second verse and chorus. Dan only makes his presence felt during the harmonies in the chorus, which goes, “I’d spend ten thousand hours and ten thousand more. Oh, if that’s what it takes to learn that sweet heart of yours. And I might never get there, but I’m gonna try. If it’s ten thousand hours or the rest of my life. I’m gonna love you.”

Dan and Shay have written the song along with Justin Bieber, Jordan Reynolds, Jessie Jo Dillon and Jason ‘Poo Bear Boyd, while Smyers has done the production. Like we said, ’10,000 Hours’ is all set to appear on Dan + Shay’s new album. The duo has been releasing single after single this year. These include ‘Speechless,’ ‘All to Myself’ and ‘Tequila.’ As for Justin, he recently appeared on Ed Sheeran’s much-loved No. 6 Collaborations Project with the song ‘I Don’t Care.’

Arjun Kanungo Has A Strong Take On Songs That Are Recreated