HotFridayTalks
Home Music Jonas Brothers Go Back To The Disco Era With ‘Only Human’ Music... 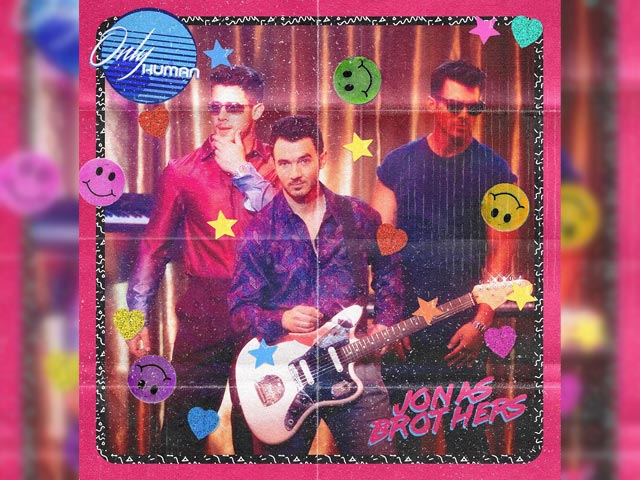 Jonas Brothers have unveiled one more music video following the release of their album Happiness Begins in June this year. The song is ‘Only Human,’ which was released as the third single from the said album. It has been produced by Shellback, while it has been written by him along with Jonas Brothers themselves.

‘Only Human’ is a reggae-pop song with a catchy beat. This brass-heavy track may be slow in pace, but it surely entices you to hit the dance floor. The composition is excellent, and the vocals are too. The lyrics of its chorus go, “It’s only human, you know that it’s real. So why would you fight or try to deny the way that you feel? Oh, babe, you can’t fool me, your body’s got other plans. So stop pretending you’re shy, just come on and dance, dance, dance, dance, oh.”

As for the music video of ‘Only Human,’ it takes place at a small disco adorned by ceramic horses and a giant disco ball. Jonas Brothers can be seen performing for a packed audience that’s singing along to the song. The action also moves outdoors, where Joe Jonas can be seen standing atop a taxi.

Jonas Brothers announced their comeback in February this year, with the release of the track ‘Sucker.’ It debuted at number one in the US and a number of other charts. Then in April came another single titled ‘Cool,’ and the same month saw the band announcing their new album Happiness Begins.

This 14-track record debuted at number one on the US Billboard 200, selling 414,000 units. That made Happiness Begins the third number one album for Jonas Brothers in the US. It was also well received by the critics.

You can watch the new music video for ‘Only Human’ in the space above.