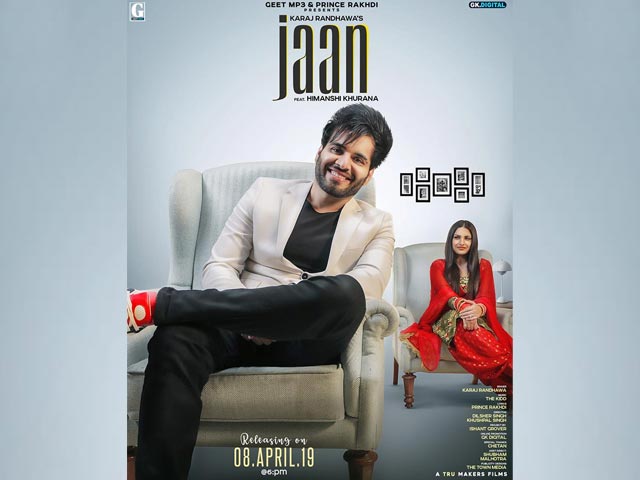 Given the current trends of feminism, there are a lot of women who are protesting against being tools of homemaking. They are coming up to be at par with men and they are proving to the world that a woman is the strongest creation of the Almighty. A woman is someone who has the inner strength to deal with anything. In spite of all that has been happening, there exists a group of women who still harbor the need to be the bahu of the family, the bahu who caters to the needs of her in-laws and faces the ignorance of her husband. And in spite of all that, continues to love him all the same, probably even more.

The recent Punjabi track, Jaan by Karaj Randhawa weaves a similar tale. The song begins with a love-struck couple sitting together and talking without speaking, the kind which is a favorite of a lot of sappy movies. The girl in her mind conveys that she wishes to be the ‘raani’ of the guy’s household, and magically the guy happens to listen to the thoughts of the girl too and promises, in his mind, to make her the queen of his life.

The lyrics of the song have been penned by Prince Rakhdi and the song tells the tale of the dream that the girl wants to live as the wife of her beloved. The song has some beautiful music and beats and it sticks to your mind for some time. The song boasts of more than 7 lakh views on YouTube and is trending currently.

Jaan, sung by Karaj Randhawa, has a weird story in which the girl dreams to be the queen of Karaj’s life and throughout the song, we see that she is being ignored by her beloved husband in her dreams. Even though she takes no notice of it, the repetition of his weird behavior does seem to grow on the audience. Unlike a lot of traditional Indian households, we see a different set of in-laws here, who have an outward austere appearance but are cool enough and hence the girl gels pretty well with her mother in law.

The song is a dream sequence of the girl in which she is so blindly in love with her husband that she fails to see how badly she is being ignored by him. This is testified by the fact that the husband, by a hand gesture, asks his wife to leave as soon as his friends arrive. We wonder why the girl smiles shyly for it probably wasn’t done in jest.

The end of the song sees how both of them receive a phone call and the date of their wedding is confirmed and they are on cloud nine.

The song is a good one, with only a very wrong message to send across the audience.