HotFridayTalks
Home Music Instagram Music Is Finally In India, Here’s How You Can This Cool... 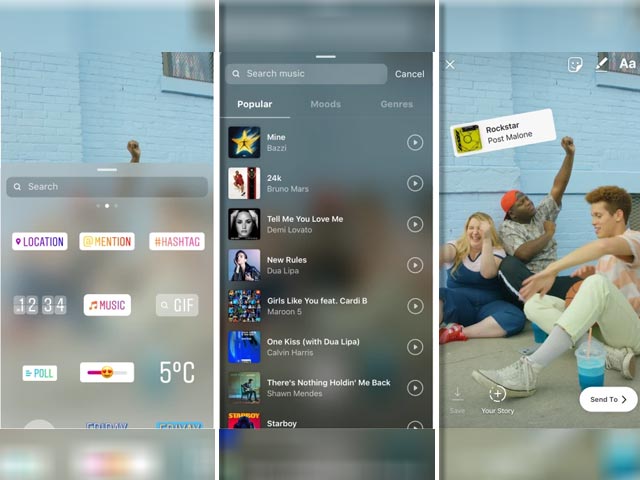 More than a year after its release in select regions, Instagram Music has finally been launched in India by Facebook. This interesting feature lets you add snippets of licensed music to your Instagram and Facebook stories to spruce them up completely. Both the Android and iOS versions of Instagram have received it simultaneously, so do update your apps in case you don’t spot it. But if you don’t know where to find it, let us help you out.

Once you’ve chosen the photo or video you wish to add music to, you need to enter the stickers section. There, you will spot an animated icon titled ‘music’ that will take you inside the new feature. Here, a list of songs is presented to you in three sections. One contains popular songs that are trending at that moment, while the other section is called ‘Moods,’ and presents songs divided into various moods. As for the third section, it divides its songs on the basis of genres.

Of course, if you don’t want to take this route to get to the song you want, you can always use the search icon at the top. Once your track is chosen, you are asked to select the specific portion of the song you wish to add to your story. The time limit is 15 seconds. Instagram Music also has the option of having lyrics of any part of the song appear in your story in real-time. You can choose this trait or just simply opt to display the album art of the song being played.

Instagram Music is evidently an attempt by Facebook to compete with the global popularity of TikTok. The Chinese platform, in February this year, hit one billion downloads globally, and that’s excluding the Android installs in China. In May this year, Instagram’s competitor Snapchat was also reported to be in talks with major music companies to have their licensed music included in its stories.