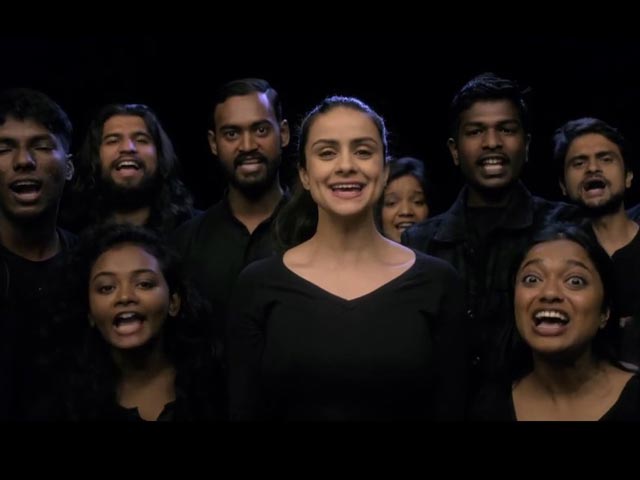 A new music video has arrived on the block in the form of ‘India’s Got Colour,’ which has been presented by Nandita Das, and features a list of prominent celebrities in it. The video has been created with an aim of addressing the obsession the people in India have with fair skin. The video marks the celebration of ten years of the Dark Is Beautiful campaign launched by Nandita Das. Created in association with the JSW Foundation, this track has been composed by Ankur Tiwari.

The song’s chorus goes, “Dekha hai tumhein taane marte hue, dhutkaarte hue. Rang ka mazaa udaate hue.” The quirky music video hits hard with its tackling of everyday scenarios in which us Indians discriminate against individuals with dark skin. Whether it’s a model who has to put on more makeup in order to look fair, or a mother-in-law asking her pregnant daughter-in-law to drink more milk so that her child is born with fairer skin than hers, the situations are eerily common.

Speaking about the India’s Got Colour campaign, Nandita Das said, “I have been supporting the Dark Is Beautiful Campaign since 2013 and while we must combat the various forms of discrimination based on caste, religion, gender, and sexual preference, the least we can do is to end the bias bases on skin color. I felt it was time to reinvent the campaign and create a PSA that would be catchy and youth-friendly. It is our young minds who will change the public discourse around this issue and can make a tangible difference.”

‘Basanti No Dance’ Song From Super 30 Tells Us That Knowing...