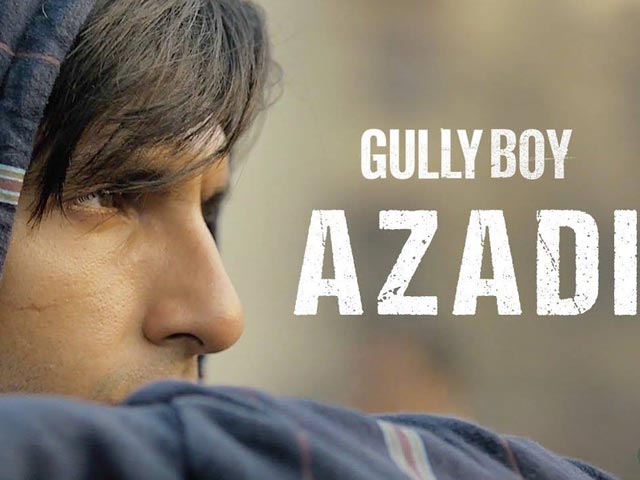 What is it that the country wants? Honesty. More than anything, honesty from people who can educate and illuminate the youth. ‘Azadi’ from Gully Boy is one such song, which is filled with truth bombs and what the youth really want, that is, freedom. The song is in the format of a continuous rap, and the lyrics are something you need to minutely listen to. It’s a song about the earnest wants of the youth, and no matter how politicized it may sound, the song is well suited for everybody.

The rappers Divine and Dub Sharma have left no stone unturned in rapping, writing and arranging the song. The song starts with the chant of ‘azadi’ (freedom) by a crowd which sounds like an unrest. That creates the essence of the song from scratch. The lyrics are clear cut and straightforward. They forge into corruption and fake promise often witnessed by the citizens and no end to any of it. The music video as well provides justice to the sharp enigma of the song. We start off by seeing a flustered Ranveer Singh trying to accomplish his mission. The music video shows rawness and a rough caricature of unsettled youth throughout.

‘Azadi’ is a song that is great for a good start to a dull morning. The song is mostly in Punjaabi, and totally provides us some Punjabi essence. The lines, “Bahauth baithhe chup chap/ Kya ghante ka insaaf” actually sums up the entire theme of the song as well as the movie in general. The unrest among the youth is real, and producer Dub Sharma, along with Ankur Tewari and Zee Music Company has done a good job in portraying the restlessness throughout the song and video alike.

‘Azadi’ is not your lovey-dovey go-to song on Valentine’s Day; instead, it shows the reality of the world which is quite unsettling to begin with. Dub Sharma needs to be applauded along with Ranveer Singh for making quite a great impact in the entirety of the song. If we have to rate the song ‘Azadi’ by Gully Boy, a sweeping 9 would sound great.