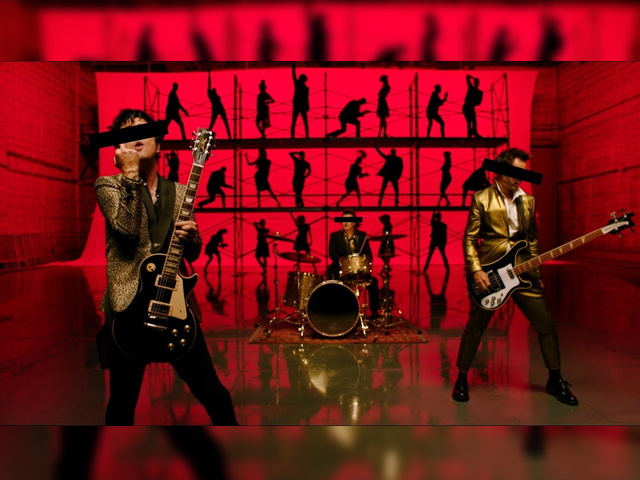 Green Day made an album announcement earlier this month, and also debuted its title track ‘Father of All…’ And now, they’ve come up with a music video for the same track. The band is all set to embark on their Hella Mega Tour, which was announced along with the album. This tour will see them touring along with Weezer and Fall Out Boy, both of which have new albums coming out next year as well.

The music video takes place in a red-lit enclosure, and features all three members of the band. This is interspersed with shots of people from all over the world, protesting, rebelling and dancing in different eras. “We wanted to make something about dancing. Anxiety. Tribalism. Joy… and straight up violence. It’s the history of us. Meaning all of us. None of this is choreographed. (except the hotties in red) we don’t need to be choreographed. Just lose your shit… scream like no one is listening.. dance like your hair is on fire. punk soul rockers! Crawl on the dance floor.. spit in the air.. get weird,” Green Day wrote in the video’s description.

‘Father of All…’ is a departure from the band’s usual sound. It takes a slightly garage rock tone, with its groovy bass, falsetto vocals and rolling drums. About the lyrics, Billie Joe Armstrong has said that they are about “making people feel bad.” He also added that “Rock and roll sometimes has become so tame because a lot of rock acts are always trying to look for the feel-good song of the year or something.”

The name ‘Father of All…’ is actually a censored form of ‘Father of All Motherf***ers,’ which also happens to be the name of heir new album. This record has been granted a release date of February 7, after which the band will head onto their worldwide Hella Mega tour.