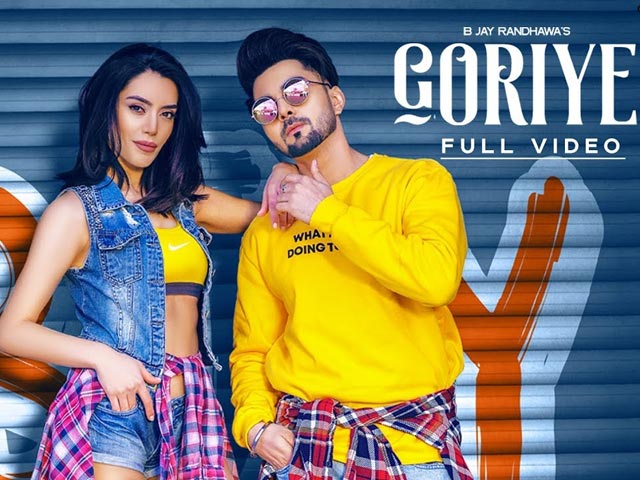 Come what may nothing can deter the Punjabis from creating music that will rock any party or cheer up any mood. With the passage of time, the Punjabi music industry is becoming replete with endless swag and style. Taking the cue from the trendsetters like Yo Yo Honey Singh and Badshah, there are a number of songsters coming up who are setting the musical screen on fire with their endless talent and a style to die for.

One such personality of the Punjabi music world is B Jay Randhawa. Bikramjit Singh Randhawa, fondly known as B Jay Randhawa in the music industry is a Punjabi singer and model, hailing from Kapurthala. He started his career as a stunt rider in MTV Stuntmania in 2010. His claim to fame lies in the very famous song, Star, and the current song of B Jay Randhawa, Goriye, is taking YouTube by storm.

B Jay Randhawa has crooned to the tunes of Goriye and the song is going to be a smashing hit. We love his hip hop styled looks, his moves to the music of the song and, of course, we love his charm as he pursues his lady love in the video of the song. Presented to us by Geet MP3, the lyrics of the song have been penned by Kulshan Sandhu, and the music of Goriye has been composed by Intense.

The song is a complete package of relentless swag and style and some great music, to which we cannot help but tap our feet. It is needless to say that the dance moves of the artists in the song, including B Jay Randhawa, is impeccable, to say the least. It is indeed praiseworthy how India is gradually coming up with great music videos with some great dance moves.

The song Goriye depicts, other than some impeccable dance moves, a cute love story between B Jay Randhawa and his beloved. It has the same old story of the boy pursuing the girl with all the charm that he possesses and the girl willing to give in to the girl is only delaying because she enjoys the attention. Although the story of the song has nothing new to offer, Goriye already boasts of one million views on Youtube, and we are certain it is because of the amazing music, the great lyrics and the soulful voice of B Jay Randhawa.

The song can be called a great one, but it did lack a bit of energy as compared to the other Punjabi numbers of this age. Other than that, it is a great listen, however, it does not stick to your mind for a very long time. We hope B Jay Randhawa goes a long way in his endeavors.