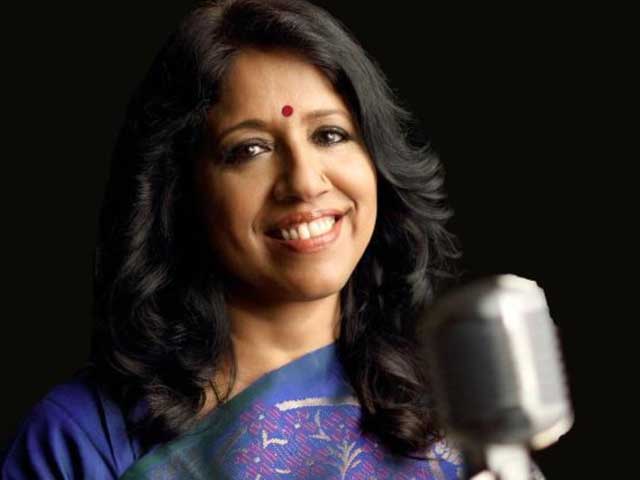 Kavita Krishnamurthy has been a huge name in India since decades now. She has given us some of the most memorable Bollywood songs till date, and has over the years, worked with stalwarts from the music industry, including the likes of Laxmikant–Pyarelal, Kaifi Azmi, O P Nayyar, Khayyam, Javed Akthar, Anu Malik, R. D. Burman, AR Rahman and others. The past two decades have seen some unforgettable songs being delivered by here. Let us stroll through memory lane and talk about the best ones among them.

Few songs manage to convey happiness as eloquently as this one does. And most of the credit for the same goes to the amazing singing talent of Kavita Krishnamurthy. She has made this song her own with an extraordinary performance.

One of the finest romantic songs Bollywood has ever given to us, Tu Hi Re is a timeless beauty. Composed by AR Rahman, this track receives a special touch of magic through the singing of Hariharan and Kavita Krishnamurthy.

This incredible duet from Dil Chahta Hai sounds like it was made for Kavita’s voice. The many vocal variations she has given in it make you marvel at the singing capabilities.

One more exciting AR Rahman composition, Que Sera Sera is a peppy and electrifying song that will make you want to dance your heart out. Kavita’s vocals in this one are really terrific.

This song from the film Dil Se has Kavita Krishnamurthy teaming up with Sonu Nigam. It’s a sensual number composed again by AR Rahman that captivates you from beginning to end.

When Sanjay Leela Bhansali’s Devdas came out in 2002, one of its main highlights was the song Maar Daala which featured an unforgettable performance by Madhuri Dixit. This song was voiced brilliantly by Kavita Krishnamurth, who bagged several big awards that year.

This poignant track from the film Rockstar a great reminder that Kavita’s voice still has the same endearing quality to it that it used to have years ago. It’s a spectacularly sung track that moves you with its brilliance.

Read Also: 90s Romantic Movie Songs We Grew Up With