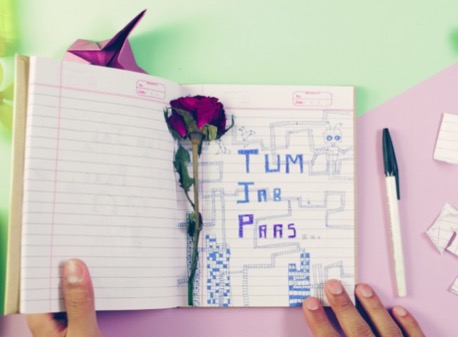 Indie music is getting all the right attention it deserves, from music festivals to a TV channel (MTV Indies) and other platforms, which only promote independent musicians. The flourishing music scene gives all the new bands an opportunity to create fresh content that might not give them a deal with a music label but definitely an audience on the Internet.

Here are four artists who deserve a place in your playlist

Indian born singer-songwriter has firmly established himself in the independent music circle after the release of his debut album, In Tokens & Charms. Since then, there has been no turning back for him. He has been a part of many live shows and also has some Bollywood tracks to his name. He can find a place in a bustling party or a monsoon-ridden weekend.

This Delhi based band describes themselves as “Dreamy, lo-fi experimental perverteer band” and according to them their forte lies in “11th century seduction sounds”. Their debut album was called “Bagh”, released in 2014 and the latest one named “We are excited” was released in 2016. Neither the music has become different nor their sound has become less soulful during this time. Rather they have become the must haves’ for a solo road trip. Watch it right here

See Also: 7 Rock Bands In India Worth Listening To

It’s hard to find a song from this band that you would like to skip; forward or the pause button become useless once you start listening to them. Their acts sound like a moody waltz and they have been performing since 2013 although their debut album was launched in early 2016. Combined with some promising songwriting and the soft voice of lead vocalist, their ballad-like compositions are a treat to hear. Watch it right here

They are a Bangalore based contemporary Indian music band that has taken inspiration from psychedelic/progressive rock bands. Their lyrics are mostly in Kashmiri and Urdu, which brings the differentiation from everything else that you might be listening to. Their last album, “Baraan” was released in 2014.

Yaadon Ki Almari From Helicopter Eela: A Song Of Reminiscence And...