HotFridayTalks
Home Music ‘Fikar Not’ Song From Chhichhore Has The Film’s Cast Meeting Their Future... 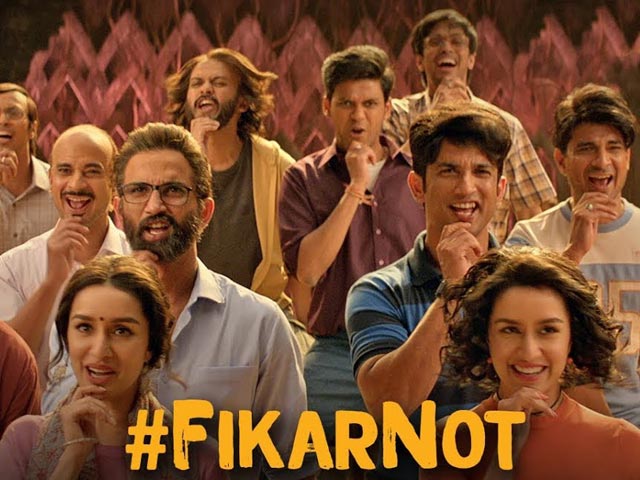 ‘Fikar Not’ has been launched as the first song from the soundtrack of Nitesh Tiwari’s upcoming comedy-drama, Chhichhore. This track sees Pritam returning as music director after Kalank, and as for the lyrics, they have been written by Amitabh Bhattacharya. The song’s video is what’s grabbing a lot of attention however, as it features the film’s cast dancing it out with their future selves.

This is no surprise since we’ve already seen their aged avatars in the film’s trailer. Chhichhore follows the lives of a group of friends from 1992, as they progress into middle-age and go their own separate ways. The song’s video takes place at what is called a ‘Losers’ Reunion’ where the main cast arrives in their young avatars and are treated to song and dance by their future versions.

The composition from Pritam is top-notch. The song gets a festive vibe that’s tinged with a slight Spanish flavour. And while the chorus is quite catchy, the song also compels you to keep listening to its lyrics during its verses.

Chhichhore has been directed by Nitesh Tiwari of Dangal fame. Apart from Sushant Singh Rajput and Shraddha Kapoor, it stars Varun Sharma, Prateik Babbar, Tahir Raj Bhasin, Naveen Polishetty, Tushar Pandey and Nalneesh Neel. It is slated to be released in India on September 6.