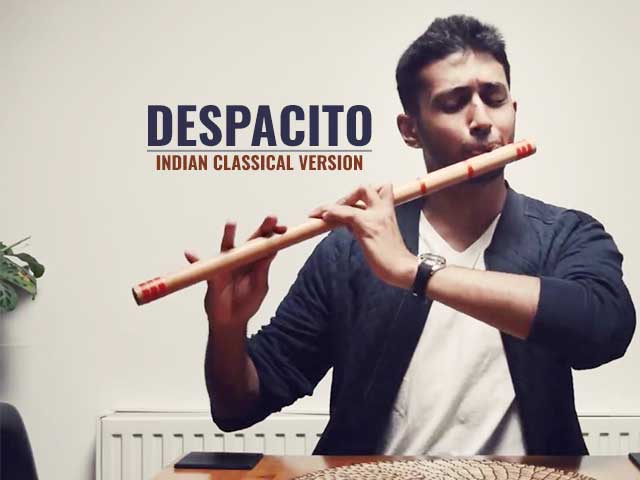 Every once in a while there comes a new song from across the Atlantic which soars so much in popularity that musical geniuses from India cannot stop themselves from creating versions of their own. We’ve see a large number of English songs meeting such a fate in recent times, and in this list, we’ll be highlighting the most amazing desi versions of English songs. So put on your headphones or crank your speakers to full volume.

Sia’s Cheap Thrills wasted no time in becoming a party anthem after it arrived last February. Its Hindi version perfectly captures the essence of the lyrics. So, while ‘Cheap Thrills’ becomes ‘Sasti Masti,’ the line ‘Till I hit the dance floor’ gets translated into ‘Chalo thumka marien.’

Carnatic Mix (Shape of You)

Whichever party you enter these days, you cannot escape without listening to Ed Sheeran’s Shape of You at least once. But if you’re looking for an India version of this song, the folks over at Indian Raga have you covered with their Carnatic version. This song takes the original track and adds some South Indian flavour to it.

Here’s something to cure your Game of Thrones hangover, now that season 7 has ended. This version, which has been prepared using nothing but a keyboard, an iPad and a MIDI controller, will leave you mesmerized with its classical essence.

Maafi features very skilfully translated lyrics of Justin Bieber’s Sorry. Played on the background of just a ukulele, the duo nails the song with their harmonic vocals. Maafi is a verison of Sorry you definitely would not want to miss if you happen to be a fan of the original song.

This one is from the same folks who have given us the Indian version of the Game of Thrones theme. Despacito’s classical version is presented with the help of the tabla, a flute and an iPad. And it’s so well made, once you start listening, you won’t be able to stop till it reaches its end.

That concludes this list, so you can now go ahead and watch these amazing videos.