HotFridayTalks
Home Music Ed Sheeran Beyond ‘Shape Of You’ 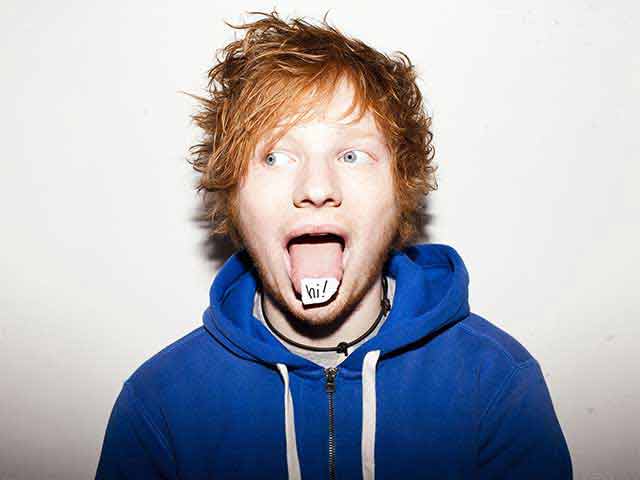 If I say 2017 is was the Year of Ed Sheeran, that isn’t an understatement at all.
‘Shape of You’ ruled the charts first for a good long duration, and then it was the Galway Girl.

But this Brit pop-star is a lot more than what meets the eye. Meaningful lyrics and mellifluous singing is a part of his distinct panache.

Here are some of his other critically acclaimed and fan favourite works.

“I’m gonna pick up the pieces and build a Lego house, If things go wrong, we can knock it down!” Almost six years later, it remains one of his bests. Intentionally mellowed vocals add a subtle sweetness to this romantic tune and swoon-worthy lyrics.

Ed Sheeran can rap, we did know that, but this track can definitely give Eminem a run for his money. It’s a rap song and an English county jig with a super catchy beat. The acoustic guitar adds a unique flavour to this. You’d surely find ‘comfort in his pain’.

Oh what should I say about this track. It personifies envy for all the other guys out there, and Awwwwww moment for their lovely ladies. As if the words weren’t mushy enough, Ed learnt to dance, and stole our hearts again. #TrueCharmer.

A strong social message wrapped in a melodious tone. Words which are direct and don’t try too hard, yet go the mile. A Team, Eighteen…. written after a visit to a homeless shelter, this story of drug addiction and prostitution is definitely his best.

PS: this won the Ivor Novello Award for Best Song Musically and Lyrically, was nominated for Song of the Year at the 2013 Grammy Awards

He can even Capella over an acoustic guitar. OST from The Hobbit: The Desolation of Smaug, is another masterful gem. He oozes smoothness and confidence. The vocal explosion at the crescendo of the track is a class apart indeed.

An acoustic ballad as an album opener is an unconventional decision in today’s EDM-dominated pop music world, ‘One’ is an example that this man is not afraid of believing in himself, even if it amounts to risking it all.A song set beyond his vocal range, he resorts to falsetto almost entirely, and boy does he nail it. Yes with grace.

Mr. Romantic goes Mr. Heartbroken in this song -“Happier” tells the tale of watching your ex find love with someone else, unfortunately when you’re still not over them, and it pulls just about every heart-string you have.”I could try to smile to hide the truth, I know I was happier with you.”  A friend mentioned this is a ‘videsi version’ of Channa Mereya.

You know this was coming soon, a signature Sheeran track. Talk about family, talk about nostalgia, ‘Photograph’ covers it all.This is what we carry in our wallets in our ripped jeans. For fans, in the music video watching Ed Sheeran as a baby and then transforming to an adult and becoming an amazing singer is ever so beautiful.

“I’m back” declares Mr.Sheeran after three years of no new music.This song has a new Ed, bringing in more electronic beats and combining just about everything he’s good at: rapping, singing falsetto, guitars. A true chart-buster.

Minimal instruments, well basically just a grand piano, and the man with his grand voice.It’s sheer magic. No auto-tune, no much production, this is as raw and as modest as this gets.’I am just in love when you wake me up’!

Thus this completes our list of Ed-Sheeran beyond ‘Shape of you’, do check out his awesome oeuvre and let us know your favourites.

Till then, Happy Diwali from HFT.

Gal Karke By Inder Chahal Is A Pretty Tale Of Sweet...