HotFridayTalks
Home Music Do You Remember By Jordan Sandhu Is The latest Hit In The... 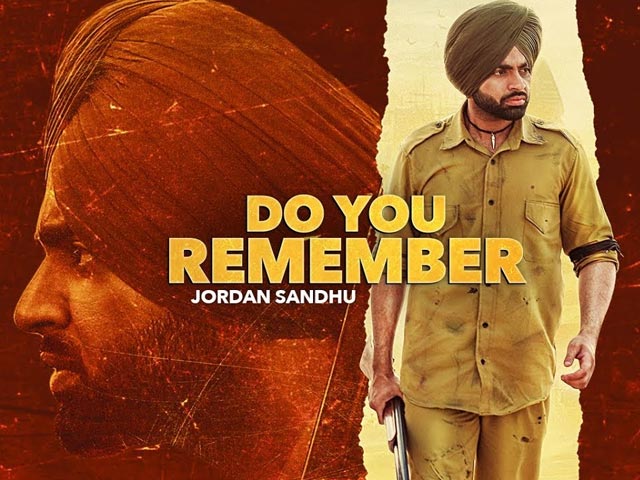 For all the Punjabi music lovers, here’s the latest hit by Jordan Sandhu, Do You Remember. Desi Crew gave the music of this latest romantic number and the lyrics are beautifully penned by Bunty Bains. The song talks about the beautiful past between the lead pairs, Jordan Sandhu and Nikki Kaur, which is of no existence at the moment. The music is painful and strikes just the right chord with the listeners. The song got featured on YouTube on 19th April 2019 and within just two days; it’s trending in the top 5 on YouTube.

The video is shot in the outskirts of Punjab where we can see that Nikki Kaur has been kidnapped by a gang in which her ex-lover is also present. It doesn’t really disclose how they were separated from each other until the end of the video when we can see the wedding bangles (Chuda) on her hands, which suggests that she got married elsewhere. There’s a pain in their eyes and although, there’s a tinge of hatred present in the eyes of the hero for his past lover, he still cares for her, as suggested through the filming of the song.

Apart from humming this song, Jordan Sandhu showed his acting skills well in this video and he might just become the next Diljit Dosanjh, who knows! He has got just enough amount of looks, attitude and a very beautiful voice, which makes him just the right candidate for being an actor. Nikki Kaur looked pretty, as always, and portrayed her character quite well too. The pain in both of their eyes was quite evident which showed how good an actor both of them are.

Jordan’s voice has the complete appeal of a pain-stricken lover who also cares for his lady love. Not too much of EDM has been used in the mostly melancholic song, but it has some steady beats which keep the tempo going great.

In case you haven’t seen the video yet, go have a look at it right away! For it is a song which will stay etched in your heart for a long time and the music might just be on the loop on your music system! Happy listening!