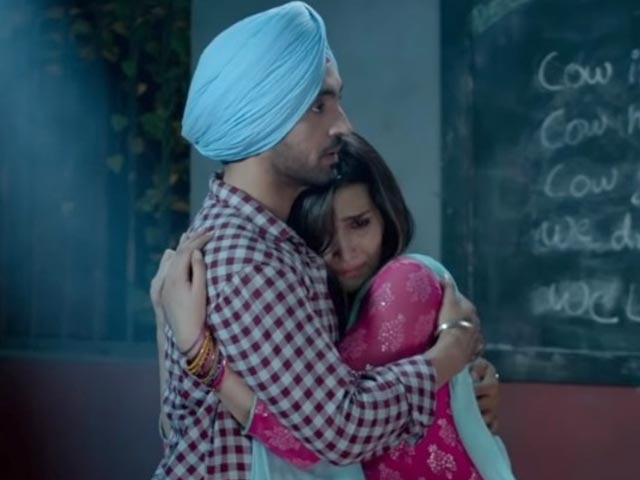 Arjun Patiala’s release date is fast approaching, and its makers have now released a video version of the track ‘Dil Todeya,’ which had already been launched on audio streaming platforms. This track has been sung by Diljit Dosanjh, while it has been composed by Sachin-Jigar and Guru Randhawa. ‘Dil Todeya’ is a sad love song speaking about heartbreak, just like its name suggests.

The composition too is on point, even as the song creates a gloomy atmosphere to suit the situation in the film. Instead of using acoustic instruments to achieve this mood, the composers have used electronic sounds, which is quite unusual, and works in the song’s favour. But it’s Diljit Dosanjh’s singing that ends up stealing the show. His voice renders the song to perfection.

The soundtrack of Arjun Patiala has a total of five songs in it. First among them, called ‘Main Deewana Tera,’ is an out and out Guru Randhawa party number. Crazy ‘Habibi Vs Decent Munda’ is an item song featuring Sunny Leone. And then there’s ‘Sachiya Mohabbatan,’ a love song sung by Priya Saraiya, and composed by Sachet Tandon. ‘Sip Sip’ is the final track from this album, and has been sung by Akash D and composed by Guru Bhullar.

Arjun Patiala is a comedy that spoofs cop dramas from Bollywood. It’s slated to be released on July 26.

Qaafirana From Kedarnath: A Warm Melody Of Love Amidst Cold Winter