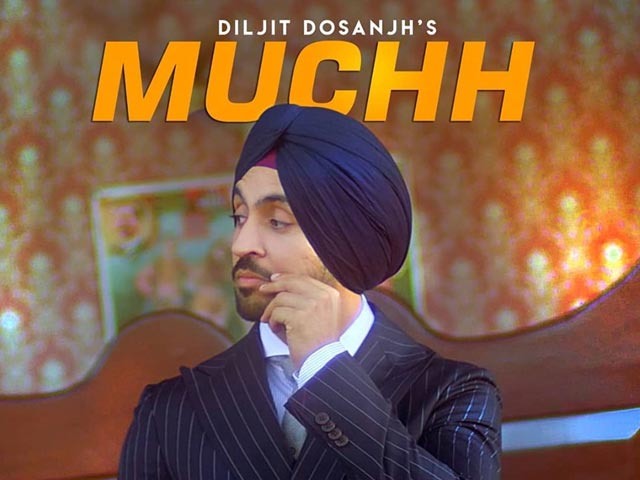 Diljit Dosanjh is out with a new song of his that’s titled ‘Muchh,’which is a reference to his moustache of course. It’s an out and out dance number with a bhangra flavour that drives it till the end. Diljit stars in its music video as well, playing a movie star who’s self-obsessed to the tune that he has his butler carrying a mirror everywhere he goes, just so he can check if his moustache is well groomed.

‘Muchh’ is your typical Punjabi song that’s made special only by the presence of Diljit Dosanjh behind the microphone. The way it’s composed, the kind of lyrics it has and everything else, let out the same vibe that most Punjabi tracks have to offer these days. However, Diljit gives the song a unique taste with his clean and poised singing. The song has been composed by The Boss, while its lyrics have been penned by Kaptaan.

The music video shows Diljit to be a spoilt brat of a movie star who’s late to the shoot because he slept till late. Even after waking up, he takes his own sweet time to get out of his highly expensive night suit. The film he’s shooting is shown to be a western, and even on the set, his self-obsessive habits are driving people crazy. There’s no real story arc to this video, so you won’t miss anything if you just end up streaming the audio version of ‘Muchh.’

Diljit Dosanjh was recently seen in the action-comedy Arjun Patiala, in which he played a newly appointed police officer who attempts to curb crime and corruption in his town. It was a film that parodied the traditional Bollywood cop film, and starred Kriti Sanon, Varun Sharma, Ronit Roy, Pankaj Tripathi, Seema Pahwa and Mohammed Zeeshan Ayyub, apart from Diljit. The film didn’t quite do well at the box office.

You can watch the new music video of Diljit Dosanjh’s ‘Muchh’ in the space above.

R D Burman And Why His Music Is Still Used Today?