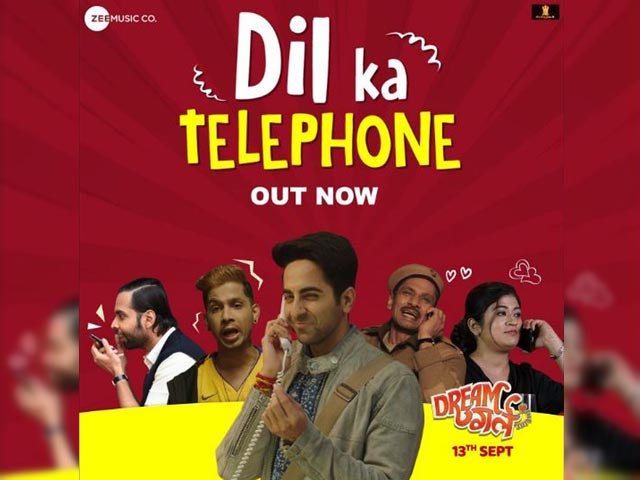 When Jonita Gandhi started her playback career, she would not have thought she’d ever sing for a male actor. But that’s exactly what’s happening in Dream Girl’s newest song ‘Dil Ka Telephone,’ which has been sung by her along with Nakash Aziz and the Meet Bros. The song’s video shows Ayushmann Khurrana speaking to his clients on an adult hotline.

‘Dil Ka Telephone’ was also featured in the much-loved trailer of Dream Girl. It’s a song being used to highlight how well Ayushmann Khurrana’s character is able to speak with his clients, who fall head over heels after listening to his female voice. Meet Bros have given the song an extremely catchy hook in the form of its chorus, which goes, “Tere liye dil ka telephone, hai bajta ring-ring-rara-ring.”

The first song to be released from the Dream Girl soundtrack was ‘Radhe Radhe,’ which had arrived last week. Also a Meet Bros composition, it had Ayushmann Khurrana playing the role of Krishna, who was trying to woo his Radha, played by Nushrat Bharucha.

You can watch the video of Dream Girl’s ‘Dil Ka Telephone’ in the space above.