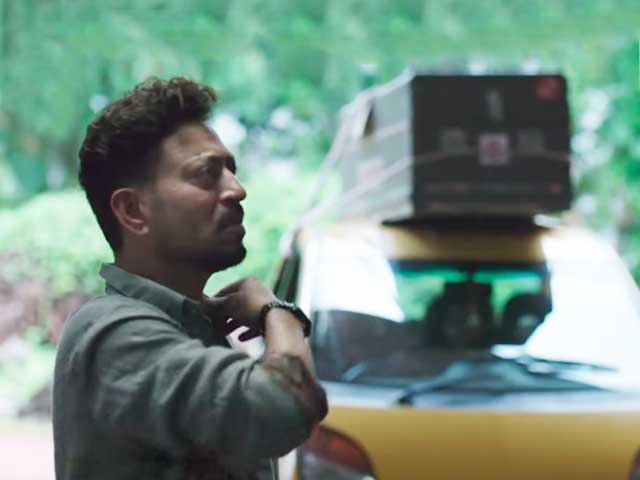 Upcoming road film Karwaan is looking more promising each passing day. The makers of this comedy have now released a new video of its complete song Dhai Kilo Bakwaas. This vigorous track is a stark break from all the other songs from the flick. It’s got a highly energetic tone that’s given to it not just by its music but also the rap verses added by Slowcheeta, who happens to have composed the track along with Shwetang Shankar.

And then there are the rap portions sung by him which are quite creative as well. What makes the song memorable however, is its catchy hook. The overall composition is mostly conventional, but the hook sets the song apart with its brilliance. Apart from Slowcheeta, others like Anish John, Sanjeev Kumar Nair and Shwetang Shankar have also contributed their vocals to this one. And they have all done a splendid job, to say the least.

Karwaan is being directed by Akarsh Khurana who is known for being the writer behind TVF’s Tripling, Krrish 3, Kites and other big films. He was also recently seen as an actor in TVF’s much popular web series, Yeh Meri Family. The film of course stars, Irrfan Khan, Dulquer Salmaan and Mithila Palkar, and marks Dulquer’s Bollywood debut after an envious career in Malayalam films.

It revolves around the story of Avinash (Dulquer) who one day discovers that his father is no more. When he arrives to collect his father’s body, he finds out about a mix up that has led the body to Kochi instead of its actual destination. Irrfan Khan joins the journey as the owner of the vehicle being used to pick up the body, while Mithila’s character Tanya also somehow gets involved in this ordeal.

Karwaan will be released in India on August 3.

Move It To The Tunes Of Badshah Like Warina?