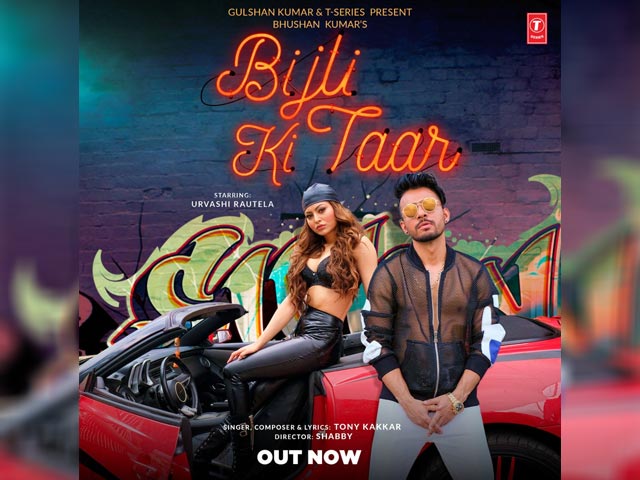 The T-Series YouTube channel, which is known for somehow giving millions of views to utterly bad songs, has released yet another such track. Called ‘Bijli Ki Taar,’ this Tony Kakkar number makes it clear from the start that the least amount of effort needed to create a song has gone into it. The music is a mismatch, the lyrics are all over the place, and the singing has so much autotune, they might as well have used a robot to sing it.

No prizes for guessing that the lyrics have been penned by Tony Kakkar himself, who has also composed and sung this song. This music video of ‘Bijli Ki Taar’ features him along with Urvashi Rautela. At the start, she is shown to be a bike racer, but throughout the rest of the video, she does nothing but dance in front of the camera. This video has been directed by Shabby.

Tony Kakkar’s only big claim to fame has been the track ‘Coca Cola Tu,’ which became a massive hit on its arrival. He has composed and written songs for a few Bollywood films, but he still keeps his releases of music videos going.

You can completely skip listening to ‘Bijli Ki Taar,’ but if you really want to know how bad it is, do go ahead and watch the video we’ve posted above.