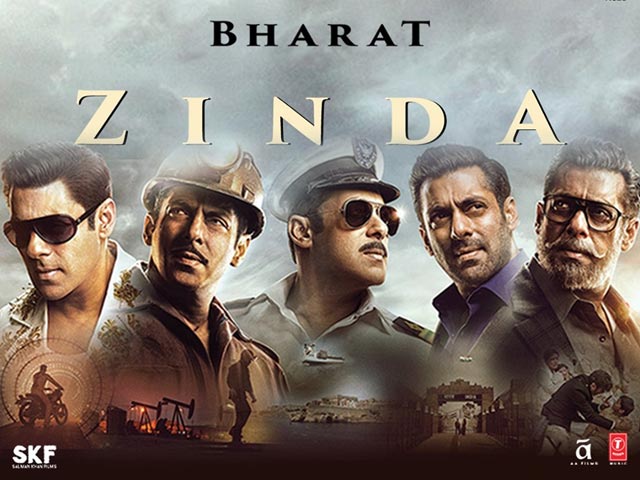 Salman Khan is always full of surprises. He keeps surprising his fans with his looks and a fresh approach to every character he plays.That’s also the reason why he is one of the most bankable stars even today. Because of his huge fan following almost all his films have been superhits. Looks like Bharat is going to be no different. We’ve seen the trailer of Bharat and it looks like a superhit blockbuster!

In Bharat, Salman plays a character who has five different looks, it’s a transition from a young man to a salt and pepper look. Trust me there have been actors who have experimented with the salt and pepper look in their films in Bollywood, but no one has looked as dapper as bhai!The trailer has some great dialogues and looks like a complete entertainer with all the ingredients of a masala film and more, yet it manages to look classy.

The makers released the new song, Zinda from the film. The song like the name suggests is full of life. It’s a very uplifting number. Ali Abbas Zafar has written the lyrics for the song and it’s the first time he’s done that. The song is also composed by him. Sung by Vishal Dadlani the song is sure to become an anthem.

Bharat also stars Disha Patani, who looks glamorous and has a sizzling dance number, while Katrina’s ruffled, curly and loosely tied hair gives the feel of the past. Salman talks about the importance of family, the film also touches upon a lot of subjects which is still relevant even today, like the importance of family and unemployment etc.

For all those who are mostly accustomed to seeing Salman as either the romantic young man or as the tough action hero, get ready to be swooned with the new salt and pepper look!

Bharat directed by Ali Abbas Zafar, is the remake of the Korean film, An Ode to My Father. Ali says that it’s a beautiful emotional story but the biggest challenge was will he do justice to the film. Bharat releases this Eid.

Fakira Song From Student Of The Year 2 Released In Video...