The pair of Atul Gogavale and Ajay Gogavale is better known as Ajay-Atul. This highly successful music director jodi has given us some very memorable songs in Marathi. And when the time came to deliver music for big Hindi films, they continued their streak of creating memorable songs. Over the years, they have given us some extremely noteworthy music that still dominates many playlists. Here we list down what we think are the best Hindi songs by Ajay-Atul.

Agneepath’s Deva Shree Ganesha is a masterpiece. It features a grand musical arrangement and an exhilarating vocal performance by Ajay Gogawale. Amitabh Bhattacharya’s lyrics have been woven beautifully into this devotional song that is a mainstay during the yearly Ganesh festival.

When we think about Dhadak’s music, Zingaat is the first thing that comes to our mind. But the title track for the film is also a thing of beauty. The soft dreamy track sung by Ajay Gogavale and Shreya Ghoshal has all the trappings of an outstanding romantic song.

Tharki Chokro is a funny track that has a charm of its own. This song from Rajkumar Hirani’s P.K. masterfully blends Rajasthani folk music with the Swanand Kirkire’s amusing lyrics.

An extremely alluring romantic song, Saathiya is a crown jewel in Ajay-Atul’s illustrious career. Shreya Ghoshal has sung this to perfection, and Ajay’s additional vocals make it add to its overall appeal.

Abhi Mujh Mein Kahin never fails to give us major feels every time we listen to it. Sonu Nigam’s excellent rendition of this masterfully composed track makes it one of the finest Hindi film songs to have been released in recent times.

This one’s a no brainer. Ajay and Atul are masters at adapting their Marathi music into Hindi tracks, and Zingaat is the latest example of the same. It can be argued that the charm of the original song is not to be found here, but the Hindi version of Zingaat still creates the same kind of excitement that the original one does.

Another Marathi to Hindi adaptation from the hit pair is Chikni Chameli which is based on their popular song Kombdi Palali. This one sees a number of changes over the original in terms of its music, but it’s still every bit as exciting as Kombdi Palali.

What other songs would you suggest should be included in this list? Do let us know in the comment section. 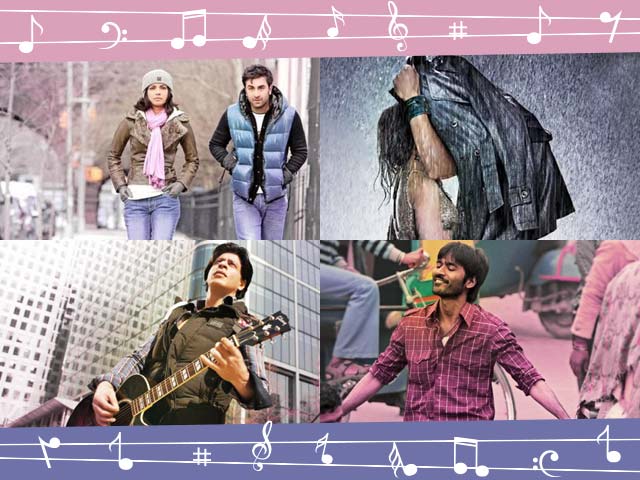 5 Movies That Impressed Us With Their Songs More Than The...