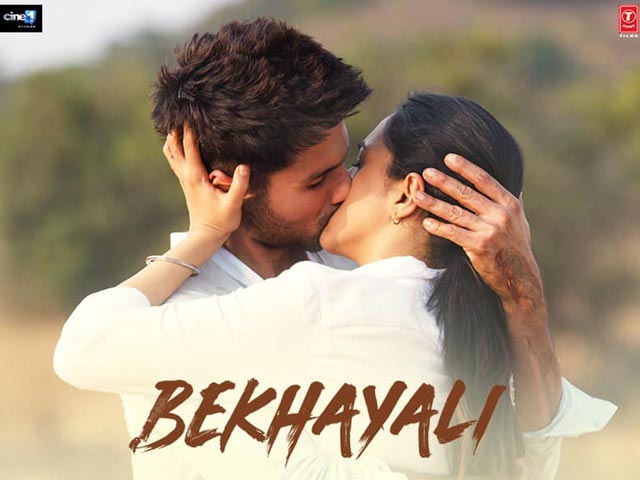 With Kabir Singh slated to release next month, its makers have released the first song from its soundtrack now. Called Bekhayali, it has been blessed with touching lyrics by Irshad Kamil, while the song has been composed by the duo of Sachet Tandon and Parampara Thakur. The song’s video, which is live now on the T-Series channel, showcases the self-destructive path, which Shahid’s character takes after a heartbreak.

If you’re not aware yet, Kabir Singh is a Hindi remake of the hit 2017 Telugu film, Arjun Reddy. It is being directed by Sandeep Vanga, who was also responsible for the original flick, which starred Vijay Deverakonda and Shalini Pandey. The Hindi version will of course see Shahid Kapoor and Kiara Advani in lead roles.

Kabir Singh tells the story of an alcoholic surgeon who goes on a self-destructive path after his ex-lover marries someone else. Director Sandeep Vanga originally wanted to cast Ranveer Singh for the Hindi remake, but that didn’t work out. Arjun Kapoor was also apparently approached, before Shahid Kapoor was locked. Tara Sutaria was supposed to be cast as the female lead, but the delay in the filming of Student of the Year 2 led to Kiara getting the role.

Kabir Singh will be hitting theatres on June 21.

Pehle Ke Jaisa Song From Jalebi Romanticizes The Past