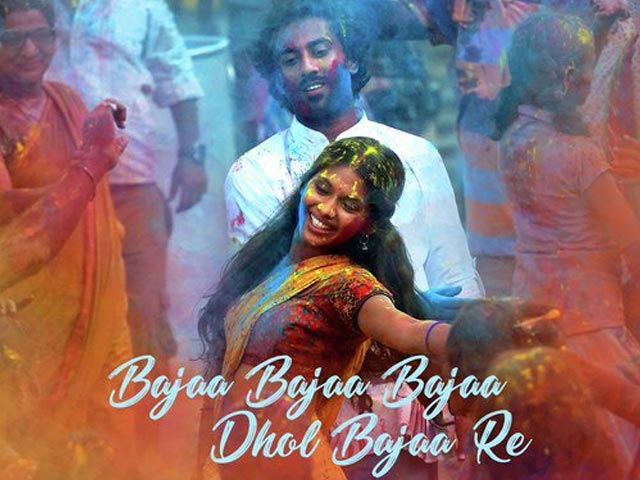 Rakeysh Omprakash Mehra’s next directorial, Mere Pyare Prime Minister releases on March 15, and its makers have finally released the first song from the film. Called Bajaa Bajaa Dhol Bajaa, it’s song taking place during Holi celebrations, and uses portions from the 1959 track Ja Re Hat Natkhat, from the film Navrang. This is also a song that takes place during Holi.

The interesting part about this song is that it has the trio of Shankar-Ehsaan-Loy teaming up with Gulzar again. The revered poet has kept the flirty flavour of the original song alive, and has penned additional lyrics along those lines. The lines come together nicely thanks to the excellent composition of the song. This track has an ensemble of singers singing it. Shankar Mahadevan is accompanied by Divya Kumar, Asha Bhosle and Rekha Bhardwaj, apart from Shrinidhi Ghatate.

Bajaa Bajaa Dhol Bajaa has all the trappings of being a hit Holi song. However, it hasn’t picked up in popularity for some reason. It was released on March 4, and at the time of writing this, it only has around 80,000 views on YouTube. The music video features the cast playing Holi in the slums. It seems to be a one-shot song that has been cut only because the YouTube video was to be kept short.

Rakeysh Omprakash Mehra carries a huge burden on his back with the massive box office failure that his last film Mirzya was. Mere Pyare Prime Minister tells the story of a kid who decides to write a letter to the Prime Minister after his mother is sexually assaulted. The film stars Anjali Patil of Kaala and Newton fame, apart from Om Kanojiya, Atul Kulkarni and Makrand Deshpande.

Bajaa Bajaa Dhol Bajaa is available for streaming on major platforms, and its shortened video version can be viewed in the space above.