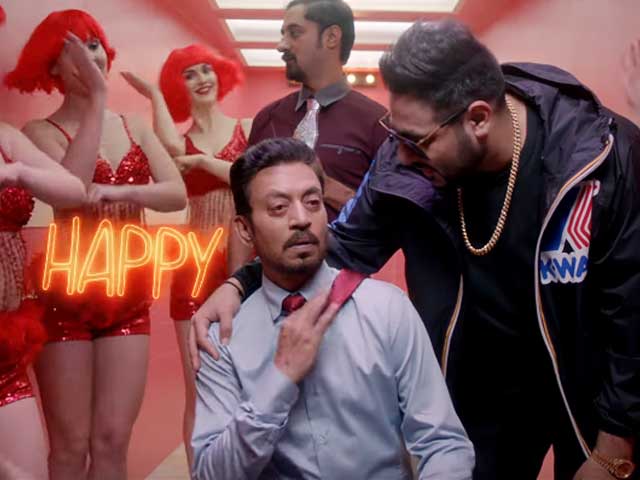 The trailer for Blackmail has been creating waves ever since it has been released by the film’s makers. And now, its first song has also been outed in the form of Happy Happy which has been written, composed and sung by hit machine, Badshah. His regular collaborator, Aastha Gill is also handling the singing duties in this one.

Happy Happy has been composed using Badshah’s typical song pattern. His trademark rapping verses are punctuated by the hook music and the chorus sung by Aastha Gill, whose singing performance is really impressive. The song stands its own, but has nothing new to offer, nor does it make you want to tap your feet to it.

This music video for Happy Happy has been specially shot with Badshah and Aastha both making appearances in it. Apart from the film’s main cast, which includes Irrfan Khan, Kirti Kulhari, Divya Dutta, Arunoday Singh and Omi Vaidya.

Another song from the film has also been released in the form of Patola. Composed by Guru Randhawa it’s a Punjabi track with bhangra beats. But going by the credits listed on the Internet, the soundtrack for this film is going to be much more diverse than this. That’s because, Amit Trivedi, Anand Bajpai, Rajat Nagpal and Divine have all worked on the music of this film. It’s indeed worth looking forward to the songs.

Blackmail is a film by Abhinay Deo who had made his debut in 2011 with Delhi Belly. It’s a black comedy which revolves around a husband who discovers that his wife is having an affair and decides to blackmail her lover, instead of confronting them. Things spiral out of control when more people start getting involved in this blackmail.

This is Irrfan Khan’s first film of this year, and looks like a promising one if its trailer is anything to go by. Recently, the actor was diagnosed with a ‘rare disease’ for which he is currently being treated. He hasn’t yet revealed the details of his ailment.

Blackmail is slated to hit theatres on April 6.

Read Also: Patola From Blackmail Is All Set To Rule The Wedding Parties 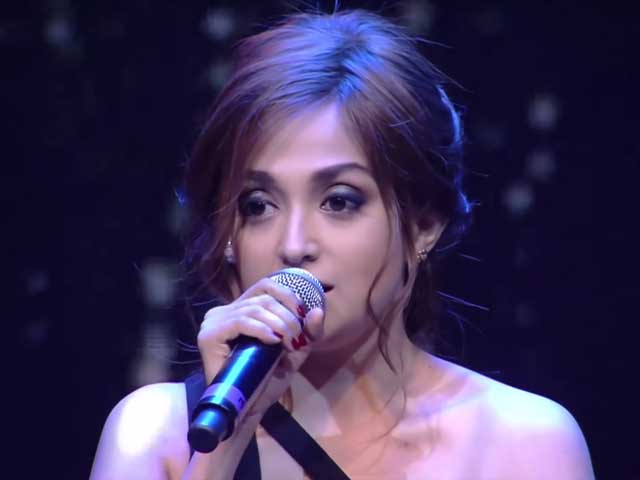 Here’s What Monali Thakur Is Up To These Days