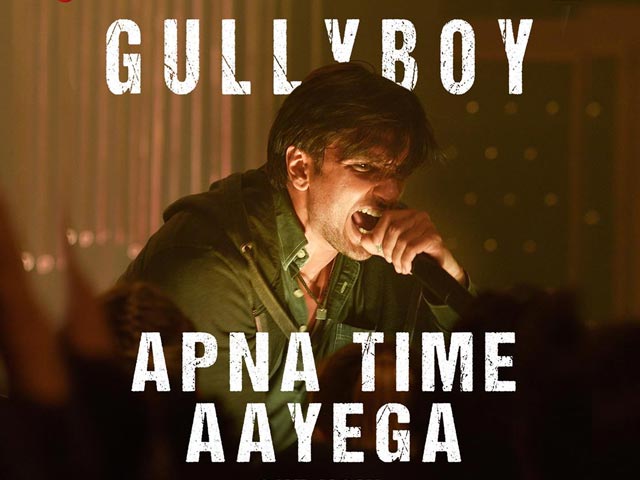 Gully Boy is all set to be one of those albums that we already know is going to be massive hit whenever it releases. The sheer number of talented people involved in its making promises one cracker of a soundtrack. Well, the first song from the much-awaited film is finally out now in the form of Apna Time Aayega, and it’s every bit the gritty, fresh and vigorous track that it was expected to be.

Apna Time Aayega has been co-written by Divine and Ankur Tewari. This is quite a distinct combination given the backgrounds of the two artists. While Divine belongs to the gully hip-hop movement and is one of the inspirations for the film, Ankur has been dabbling in the independent pop-rock genre, for the most part, these days.

This track has been composed by Dub Sharma along with Divine. It has all the right beats and electronic sounds to suit the nature of the lyrics. The music video gives us glimpses of some previously unseen shot from the film. There’s one of Ranveer Singh’s character acting as a driver for someone. There’s one of Kalki snapping a photo of him and many more.

Gully Boy’s trailer has been creating waves since its arrival last week. The film is of course directed by Zoya Akhtar, and written by her along with frequent collaborator Reema Kagti. Apart from Ranveer, Alia and Kalki, actors like Vijay Raaz, Amruta Subhash, Siddhant Chaturvedi and others will also be seen in it.

The film is slated to hit theatres across India on February 14.

“Tum Se” From Jalebi – A Song That Lingers Long After...