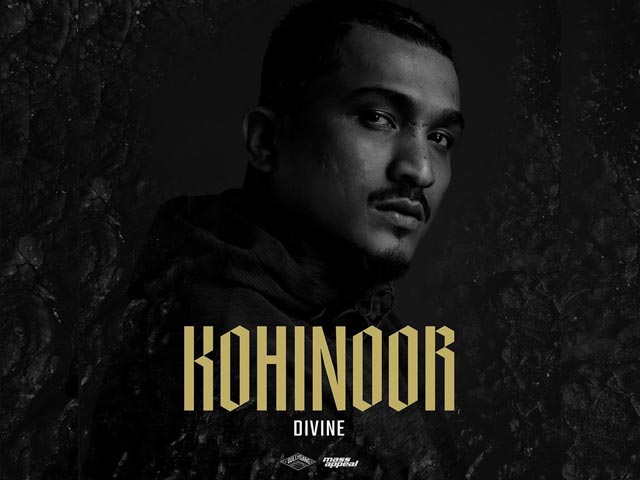 Divine’s first album was on the cards for a very long time, and the artist has finally put it out for everyone to listen to. This 8-track record is called Kohinoor, and is the first release by Mass Appeal India, the new India-focused hip-hop label by American rapper Nas. Divine had already debuted its title track a few weeks ago, but now that all the tracks are available online, let us delve into them, and tell you what to expect.

Like we said, Kohinoor’s title track is already out, with even a music video accompanying it. In it, he talks about his humble beginnings on the streets of Mumbai, with a special focus on his friends, with lines like, “Cement se nikla gulaab. Aitihasik kitaab. Har hal ka jawaab, sach hue mere khwaab. Wafadaar, khabardaar, hoshiyaar. Gully Gang sabse hard parivar.”

‘Kohinoor’ is followed by ‘Wallah,’ which has Shah RuLe appearing in it. Divine has a ball with its chorus, which goes, “Wallah hi wallah hai. Halla hi halla hai. Sab mera ek number.” It’s a high-octane number with thumping beats. Shah RaLu’s English hook fits very well into the song, despite the fact that it’s heavily autotuned.

‘Gandhi Money’ is a weak link in this album. Despite its well-written verses, the delivery by Divine keeps reminding you of his other songs. In that sense, it’s a generic Divine track. The complete opposite is ‘Vibe Hai,’ where he is not at all afraid to experiment with his vocal style. This expertly produced track features Aavrutti, Shah RuLe and D’Evil, who impress with their verses as well.

The album ends with ‘Too Hype,’ featuring Sanjoy and Sid Sriram, who render an average hook that’s dwarfed by the extraordinary verses by Divine. In this one, he raps about his struggles during his early years, which is something that’s become a staple of his songs, but it’s suprising how he keeps finding new and hard-hitting stuff to say each time.

Kohinoor is well worth the long wait. The title track is an amazing song, but ‘Remand’ takes the cake as the best one among the lot. The rest of the album is a mixed bag, but it’s more hits than misses, so this can easily be called an impressive debut album from Divine.