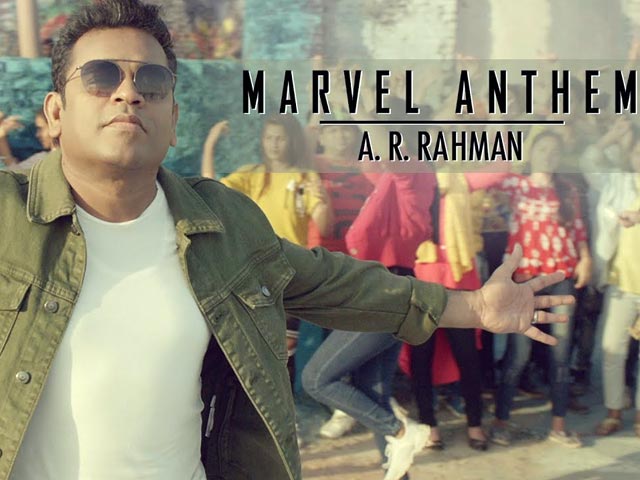 Fans were elated to learn that A.R. Rahman will be composing a Marvel Anthem for promoting the upcoming Avengers film in India, however now that the song has landed, it has not been well received at all. To say the least, the Marvel Anthem by A.R. Rahman is a disappointing song. It sounds very rushed, and its different parts do not ever converge to create any kind of musical experience. Only its Hindi version is out as of now, but we don’t think there will be much difference in the Tamil and Telugu versions.

A.R Rahman has composed and sung the song, while the lyrics have been penned by Nirmika Singh and MC Heam. The music of this track is mostly percussion based. As for the music video, it’s made up of footage from Marvel’s Avengers: Infinity War and Captain Marvel films, with sequences of Rahman himself singing the song inserted in between.

Marvel is preparing for the release of Avengers: Endgame, which is to be the 22nd film from the Marvel Cinematic Universe. It’s is the culmination of an intertwined storyline featuring tons of different superheroes and super villains, with the narrative set to bring closure to the arcs of many among them. It will pick up from where Infinity War ended, and will tell the story of how the surviving Avengers and their allies work to reverse the damage caused by Thanos.

Avengers: Endgame will be released across theatres in India on 26 April.

Bidding Adieu To 2018, The Bhangra Way