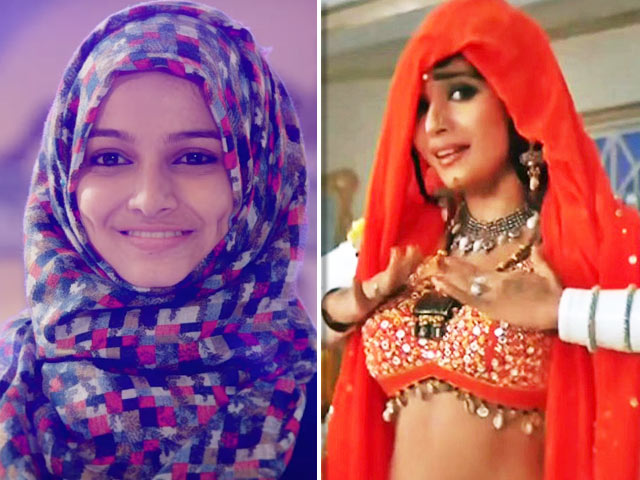 Music can either make you or break you. It oscillates between two extremes. Music can also make or break a community or a hierarchical structure. Hence patriotic songs make our hearts grow sturdier. Sporting events from all over the world play “We are the Champions” by Queen to motivate the players consistently. But music can also wreck havoc to a community and its belief systems. It has easier access to emotions to make it one of the most controversial art forms. There have been several songs that have undergone strict censorship because it may hurt the sentiments of a religious sect or community or the sentiments of people in general.

Here are some of the times when songs have hurt sentiments:

The internet has exploded with the video of the song Manikya Malaraya Poovi from the movie Oru Adaar Love, starring Priya Prakash Varrier. This song, which has become an internet sensation, apparently contains lyrics offensive enough to hurt Muslim sentiments. Police reportedly registered a case filed by Zaheer Khan, a businessman and few others in Hyderabad. The ACP responded by saying action will definitely be taken, if the lyrics are really insulting to the religion. The release date of the film may be postponed following this.

Vishal Bhardwaj’s famous crime drama Kaminey (2009) featured the song Dhan Te Nan, which was a huge hit. But it was edited and the word “Teli” in the song was beeped when the Teli Samaj expressed strict opposition and resistance to its use.

Madhuri Dixit’s famous comeback film Aaja Nachle’s (2007) title track reportedly offended some Dalit groups because of its use of the word “mochi”. Some states even went to the extent of banning it!

In the song I m hunter from Gangs of Wasseypur (2012), the lyrics draw a parallel between male genitalia and a gun. Speaking of obscene lyrics!

The song D K Bose from Delhi Belly (2011) has a hindi “gaali” (slang word) rearranged into D.K. Bose. Just sing this song in loop and you will know what I am saying.

Karishma Kapoor’s much controversial song, “sexy sexy sexy mujhe log bolein” from the movie Khuddar (1994) stirred up a lot of attention and curiosity. The word “sexy” was later changed to baby but even then people remember the unedited version all too well.

Who doesn’t remember Choli ke peeche kya hain from Khalnayak (1993)? This song explicitly translates to what is behind the blouse? Such misogyny and commoditization of women have been openly criticized and very rightly so!
Obscene songs and songs that contain multi-layered meanings are not new, neither are songs that offend the sentiments of a community. while we have every right to protest against those that hurt our sentiments and tastes, we also need to leave room for artists to create and innovate!

Lovely Bollywood Movie Songs Harshdeep Kaur Has Given Us