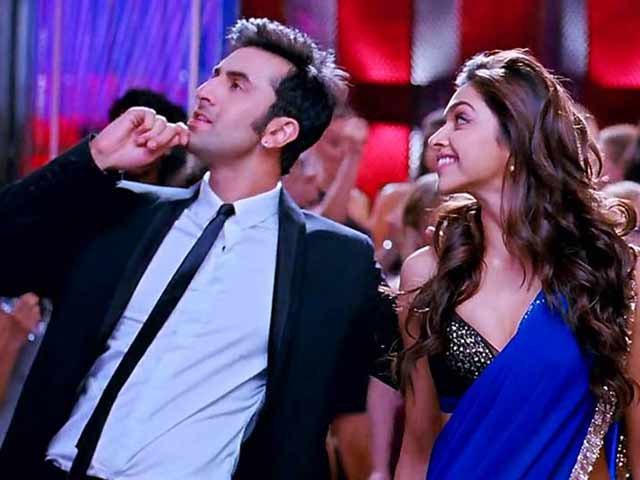 From Geet Govindam to Baul, from Rabindra Sangeet to Nazrul Geet; the bards of Bengal have given the world unparalleled melodies.Some of these were muddled by the sands of time, while some got lost in translation, and many graduated to immortal cults.

Along came Bollywood, and it was a new beginning which not just emulated Bengali music but also borrowed from it heavily. Pioneers like S.D. Burman set the stage for the Bong music to percolate into Bollywood, but the trend has continued ever since.

Call it ‘inspiration’ or outright plagiarism, the chords that once reverberated in the deltas of Bengal are now rocking the entire nation. Here are our best picks; a handpicked catalogue from yesteryear hits to the latest chartbusters.

Perhaps this is what Bollywood has to say to Bengali music. Pancham Da, the legendary R.D. Burman gave us this masterpiece by revisiting his own work.
Sung by Kishore Kumar and Mohd. Rafi, all the versions have a story to tell.

Melancholy and longings are an essential part of any eternal love story. Ruby and Anamika become the muse for R.D. Burman and Kishore Da respectively and they croon with the pain in their hearts. Again a beautiful composition by R.D.Burman.

Oh! This song would definitely remind you of the first time you must have met your love. And why would it not? This is a composition by Gurudev Rabindranath Tagore, Rabindra Sangeet as we reverentially refer to it. This one has many popular renditions and here’s one from the classics.

Doesn’t this song touch your heart? Well, it’s bound to. Another gem from Gurudev’s oeuvre. A song every Bong loves and fondly remembers. This was reintroduced to the world in the Bollywood movie “Yaarana”, starring superstar Amitabh Bachchan.

Easy on the ears, smoothness oozing out of every note of the solfege; this song sets the perfect mood for any romantic dinner date. The Bengali version is more about self discovery in a journey called life. Kishore Da and Panchamda nail it again.

A song every budding guitarist would attempt. Simple, yet sublime. Kishore Kumar and R.D. Burman; yeah, there’s no stopping them. But here’s the cherry on the pie. The Bengali version is sung by the iconic and super versatile Asha Bhosle.

Yet another R D Burman recreation. On hearing this original, Gulzar couldn’t resist, and he offered to write the lyrics in Hindi. The nightingale Lata Mangeshakar takes this song to the most sublime skies of music, while Kishore Da adds his signature shades.

A ‘Pujo’ song, previously released and recorded by the trio R.D. Burman, Kishore Kumar and Mukul Dutta. After its immense popularity, it was adapted for Rajesh Khanna starrer Mere Jeevan Sathi and remains a hit in both the languages.

A transliterated melody by the same masterful artists, enhanced by the mannerisms of Rajesh Khanna and the charms of Sharmila Tagore. Enjoy both the flavours.

It was not only Pancham Da recreating his bests. The original was sung by Hemant Kumar and was composed by Salil Chaudhary, who later on collaborated with Mukesh and Yogesh to create one of the rarest gems of Bollywood. Check out the version from the movie Anand and also the inspiration behind it.

Moving on to more recent times, even Bappi Lahiri has revamped his own composition. Agreed, this line-for-line translation was not such a good idea.
The Bengali version remains a cult classic hit, do check it out.

The latter one, composed in 70’s, talked about how a connected digital modern world would make us isolated. Consider this as an evidence to the proverb used in the streets of Kolkata. You guessed it right. Only Moheeneer Gharaguli could pull it off. Deep lyrics, bold guitars, powerful vocals. This song was later ripped off by Pritam to feature in the movie “Gangster”. Though we love the modern moist take too, the credit remains due and will forever be. The original is unmatchable.

Well this wasn’t a ‘Kismat Connection’. A pure rock ‘Lakkichhara’ ballad talking about the desires in life, was again shoplifted without proper credits by Pritam. Mohit Chauhan adds a delightful romantic texture with his soothing voice, while the original is good old hard rock. Both are definitely worth listening to.

Murder! Absolute murder. Talking about plagiarism, this is one of those cold blooded, most brutal murders. Manish Choudhary lifted this one literally free of cost to some silly Bollywood movie. The original, is a magnificent jewel by Anupam Roy, from the critically acclaimed super-hit ‘Autograph’ starring Prosenjit.

What Pancham Da started way back, Jeet Ganguly and Arijit Singh are doing now.
Sun Le Zara from Singham 2 is originally a romantic ballad from Bengali movie ‘Boss’. You don’t need to be a Bengali to understand the desperation and desire in the voice of Arijit when he calls his lover. We actually like the Bong version better!

This chartbuster from Aashiqui 2 is again credited to Jeet Ganguly, who remade a rock version for the movie. Arijit Singh nailed it perfectly, whilst Moh Horiye Beghore is a peppy pop number ornated with Mohit Chauhan’s distinct panache.

Jeet Ganguly revamps yet another of his hits to Hindi.

This melodious number from ‘Youngistan’ is also a beautiful composition by Jeet Ganguly. Both the versions are rendered mellifluously by Arijit Singh. In Hindi the damsel is compared against the marbles of the Taj while in Bengali the guy is unable to explain their relation. We’ve been mesmerized by the Bollywood version, the original too is surely gonna make you grow weak in the knees.

19. The last one in one of Ranbir – Deepika’s runaway hits.

Bonus: Gulzar In Conversation With Tagore

This album is a fine example of what a modern day contemporary Tagore would be.
Gulzar, Shantanu Mitra, Shreya Ghosal and Shaan collaborate to deliver a love story modern day India would definitely relate to. Rabindra Sangeet remains as unprecedented, singular poetry of its kind. This take is sublime.
Listen to all the seven track here

In streets of Kolkata they say, “What Bengal thinks today, the nation does it tomorrow.” How apt is that because pop and rock culture was initiated in the Bong underbelly of our country. Moheener Ghoraguli was the first rock band of India. Prabhat Samgiita, the new dawn were amongst the trailblazers of the next generation. And then is Bappi Da. We rest our case here.

If you enjoyed the list, make a Bong friend proud by sharing it and tag’em too.

Know All About Harshdeep Kaur The Voice Behind Raazi’s Dilbaro