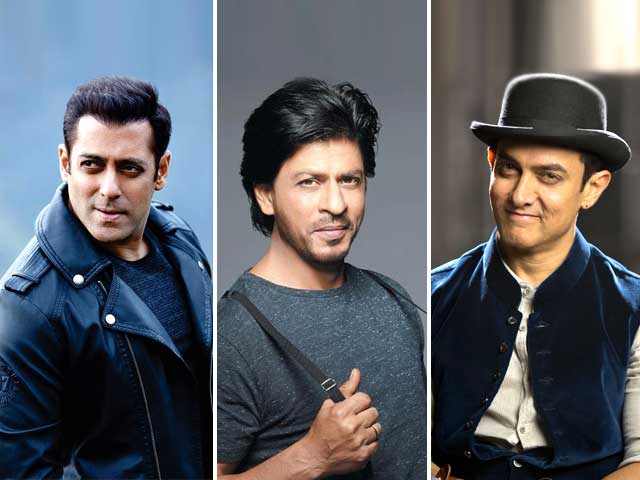 They were Sanjay Leela Bhansali’s first choice for Bajirao Mastani and even Padmavati. But neither Salman Khan nor Aishwarya Rai Bachchan agreed upon the projects and eventually, the films got made with different actors.

Love blossomed between Khan and Aish while working together for the first time in Bhansali’s Hum Dil De Chuke Sanam (1999). However, it ended on a bitter note.

How we wish, this jodi let bygones be bygones, and come together for a project.

They keep doing cameos in each other’s films, but have not done a film together since more than two decades now. Salman Khan and Shah Rukh Khan’s Karan Arjun jodi is one of the industry’s most beloved duos on-screen. And we are dying to see them create the magic once again in a film soon.

Dear Salman and SRK, in that case, why don’t you guys co-produce a film under, SKF and Red Chillies banner and make that workout?

Of course, we are not expecting the innocence that Salman Khan and Aamir Khan had portrayed in Andaz Apna Apna back then, but they definitely should come up with a film that has a blend of Salman’s Dabangg-ish action, for the massy audience, and Aamir’s intellect thrill for the classy audience.

In fact, if budget is the issue, then even SKF can co-produce the film with Aamir Khan’s production.

They had only once shared the stage for IPL’s one of the nights. But that’s about it. They say Katrina Kaif and Deepika Padukone don’t get along well, given the fact that both have fallen in love with the same guy, Ranbir Kapoor.

But, now that both Kat and DP (long back) have moved on, they should definitely bury the hatchet and come together for an action film. They have stunningly lean bodies, that goes perfect for an action film. Something like Charlie’s Angels maybe, with just the two of them?

Alia Bhatt is called Kareena’s industry junior. In her debut film, Student Of The Year, she played Shanaya, the posh prom queen of her school which was quite similar to what Kareena Kapoor played in Kabhie Khushi Kabhie Gham. Poo too was the best-dressed girl every other girl wants to be, and that girl every guy on campus wants to date.

On that note, a Hollywood-ish style girly film, filled with self-absorbed characters, would be fun to watch!

Read Also: So Cool How These Celebrities Hang Out With Their Exes

Six Movies You Must Watch in May