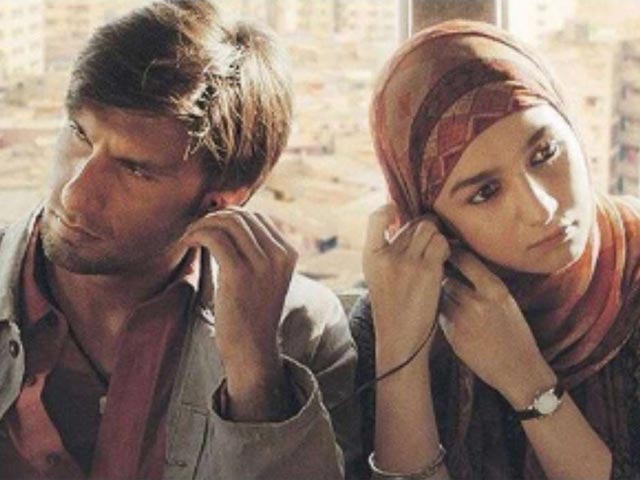 One of the films I am looking forward to this year is the Alia Bhatt and Ranveer Singh starrer Gully Boy based on street rappers like the famous internet sensation Divine. The film tells the story of all the ambitious street rappers who fight all odds to establish themselves as rappers and also earn a name, especially the story of Divine and Naezy.

Ranveer who’s still riding high on the release of his last release Simmba shared the first look poster of Gully Boy and the poster looks absolutely interesting. In the poster, Ranveer and Alia can be seen sitting next to each other sharing earphones but what’s interesting is that both of them are in their de glam best and the poster has an interesting tagline too; “Apna Time Ayega”.

Alia and Ranveer have never done a film together earlier and this will be their first film together but we’ve seen the two play fun roles in the Make My Trip advertisement. It will be interesting to watch the two both of whom are a powerhouse when it comes to acting. It is said that both the actors spent a lot of time walking the gallis getting to know how they live there in order to get the right nuances of the characters. Ranveer also spent time with Divine and Naezy to know more about their lives.

This Zoya Akhtar film also stars Kalki Koechlin, Siddhant Chaturvedi, Vijay Raaz, Amruta Subhash and Vijay Verma. It will premiere in Berlin International Film Festival in February this year and has been selected along with a documentary titled Watergate and German film Brecht to be screened as part of Berlinale Special.

Gully Boy is scheduled to release on Valentine’s Day (14 February).