HotFridayTalks
Home Movies Vodka Diaries Was Wrapped Up In Just 20 Days. Here’s How They... 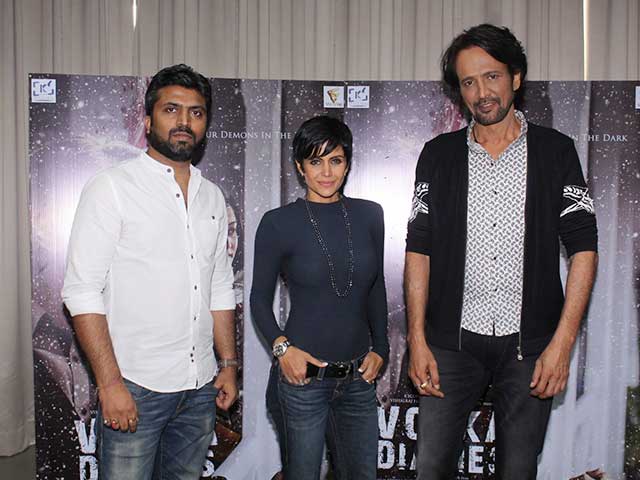 I recently met the humble, soft-spoken debut director of Vodka Diaries, Kushal Srivastava at his office for a conversation about his first Bollywood film. He was very unlike what I had expected him to be, knowing he was well-known comedian Raju Srivastav’s nephew. Kushal is simple, very humble, quiet and extremely soft-spoken, unlike his uncle!

Kushal admitted that he is very passionate about making films, which was quite evident from the way he spoke about his film. But what is amazing is that the whole film was shot in just 20 days! Sometimes even short films take much longer than that. The film was completed almost 15 days ahead of schedule in spite of challenges.

Firstly the crew was not given permission to shoot at certain locations and secondly, the film was mostly shot in Manali and the weather there was a huge hurdle for the crew. Kushal tells HFT, “In Manali conditions were tough, flights were canceled so we couldn’t travel from one place to other because of bad weather and heavy snowfall. But we made sure every day was utilized and we shot something.”

Kushal started his career as an officer at the Indian Air Force and that past experience is what seems to have helped him while shooting this film even in the worst weather conditions, he knew exactly how to use that time effectively and how to overcome the hurdles. “We had planned everything in Mumbai and we were prepared for the worst. I feel proud of the team and their professionalism. All the actors were very supportive,” says Kushal.
Before making his debut film, Kushal started with Ad films. He then joined JP Dutta and worked with him for 3 years. After which he made a short film about terrorism. Kushal says his journey has been easy and everybody welcomed him with open arms and he feels fortunate about it.

Kushal also reminiscences that when they went location hunting in Manali, the place that they chose to be the ACPs house was exactly as he had imagined it to be while writing the script. “Even the club we shot in, I got emotional when we finished the shoot there and we had to leave,” says Kushal.

Vodka Diaries is a murder mystery, which also stars Mandira Bedi and Raima Sen. The film is produced by K’Scope Entertainment Pvt Ltd and Vishalraj Films and Production Pvt Ltd, the film is all set to release on release on 19 January.

“Making this film has been extremely satisfying,” says Kushal.