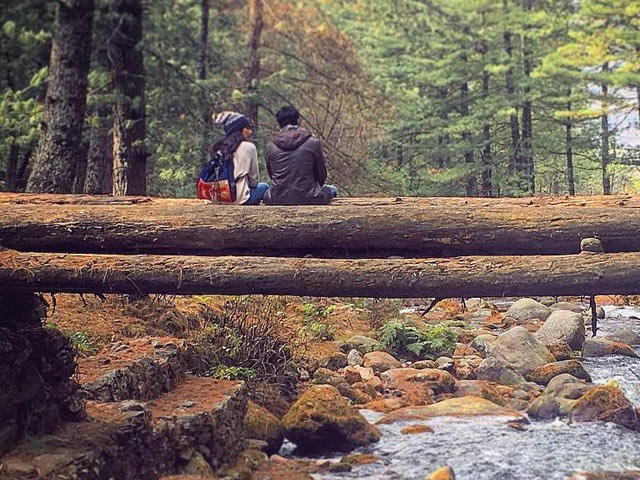 Varun Dhawan and debutant Banita Sandhu along with director Shoojit Sircar have surprised all fans by changing the month of April to October this year! Confused? Ok, so the team of the forthcoming film, October starring Varun and Banita is lead roles have come up with an innovative calendar video that reminds us of the film’s release date.

The calendar is not like our usual calendars, this one is unique because, after January, February, March, the calendar straight away says October! The page for each month has an image of the stills from the film. January begins with an image of Banita, February has Varun walking on the street, while March has an image of Varun and Shoojit.the page for October has a close up image of Varun with an autumn leaf falling down and a nice warm bonfire in the background and we hear Varun Dhawan’s voice announcing – “This year October is coming in April.”

This year #October is coming April and will stay with you forever #October13thApril #octoberinapril pic.twitter.com/eyMxHrR6Je

The film looks interesting and all these innovative ways of promoting it has only added more curiosity and excitement for the film. But there are some reports that say that October has been inspired by the Hollywood movie Her, which was also nominated for the Oscar. It’s said to be a love story with a difference, where a man falls in love with an interactive smart user interface voiced by a woman!

Banita makes her debut in Bollywood with this film and apparently she was chosen for the role by Shoojit as he had earlier worked with her for an ad and he thought she fit the role perfectly. Also as Shoojit mentioned earlier that he prefers a fresh pairing when it comes to the romance genre of films.

The film has been shot in Delhi and Himachal Pradesh and was wrapped up much ahead of schedule. Varun had earlier tweeted: “October wraps in November. Will release in April and will stay with you forever.” October is all set to release in April this year and we sure are looking forward to it!

Read Also: Varun Dhawan’s Next, October Has Wrapped Up And We Can’t Keep Calm! Here’s Why