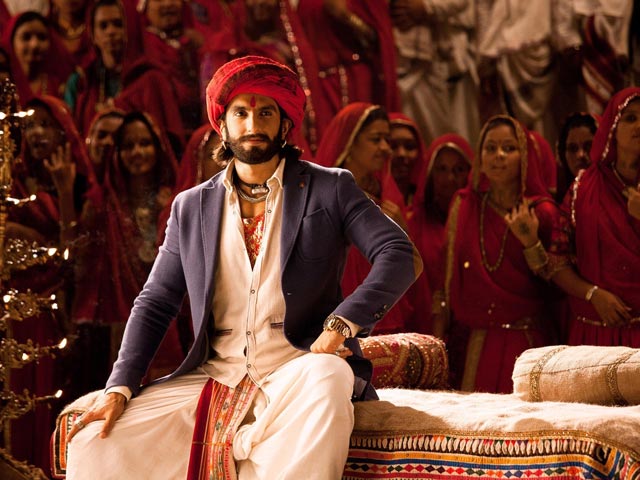 Ranveer Singh who is busy working on his upcoming release 83, directed by Kabit Khan, has signed yet another film, Jayeshbhai Jordaar. Ranveer who made his debut in Bollywood with Band Baaja Baaraat in 2010, has come a long long way. He’s played many different characters in the films he’s done, some of which are very interesting.

In his soon to be launched film, Jayeshbhai Jordaar, Ranveer will be playing a Gujarati character. This is not the first time he has played a Gujju man. We’ve seen him earlier as Jignesh, in the Make My Trip TVC along with Alia Bhatt. Ranveer plays Jignesh with conviction and is hilarious in the ad. He has also played a Gujarati man, Ram, in Sanjay Leela Bhansali’s Goliyon Ki Raasleela Ram-Leela along with his actress wife, Deepika Padukone.

Jayeshbhai Jordaar, which will be directed by debutante Divyang Thakkar and produced by YRF’s Maneesh Sharma, who also directed Band Baaja Baaraat, is said to be a humorous film too. According to Ranveer, Jayeshbhai is a movie for everyone! And he’s thrilled that the script came to him. The script is said to be both humorous and poignant, with a relevant message delivered in an entertaining way. Ranveer looked excited about his new film as he took to Twitter to announce it.

Where in the world did this kid come from?!?!? #DivyangThakkar is straight up JORDAAR !!! 😍🎥❤️🙏🏽 @yrf #JayeshbhaiJordaar

Ranveer is on a roll, and Jayeshbhai Jordaar will be his next release after ’83. Apart from that, Ranveer will also be seen in Karan Johar’s Takht. The multi-starrer film also stars Anil Kapoor, Kareena Kapoor Khan, Ranveer Singh, Alia Bhatt, Vicky Kaushal, Bhumi Pednekar and Janhvi Kapoor. In 83, Ranveer is playing legendary cricketer Kapil Dev. The film will recreate India’s first Cricket World Cup win in the year 1983 when the Indian Cricket Team was then headed by captain Kapil Dev.

Ranveer has been prepping hard to get his role right in 83 and he even spent time interacting with Kapil Dev in Delhi. He some time with the entire cast of 83 in Dharamshala as well, where they trained under star cricketers, including Kapil Dev. 83 will hit the screens on 10 April, 2020.