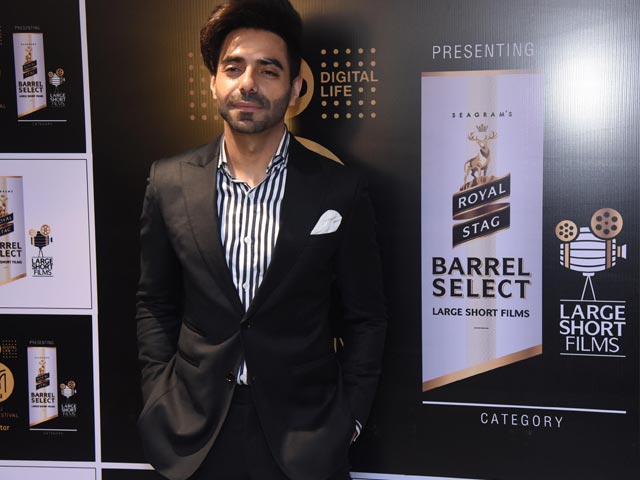 The 21st edition of JIO Mami Film Festival ended recently and like every year, this year too movie lovers were spoilt for choice. While there are a variety of films from all across the world that are screened at the Fest, the festival is a great platform for short film makers. Mumbai Academy of Moving Images in partnership with Royal Stag Barrel Select Large Short Films, has been bringing some thought provoking short films since the last four years.

Watching the turnout and reaction of the audience during the screening of some of these brilliantly made short films, one could see that it’s an exciting time ahead for short film makers. No wonder then, filmmakers from across the world are now using this medium to tell their stories. It’s the easy access and affordability as compared to the longer format of film making, that is attracting more and more filmmakers to make short films.

Another reason for the growing popularity of short films is that it’s one of the most honest forms of film making and it also tells a story in a shorter span of time which works well especially in the instant generation where the attention span is ever decreasing. Creating and distributing these films is also easier thanks to the world wide web, the filmmakers are able to reach out to viewers across the world with ease.

Speaking about the same, Mr. Kartik Mohindra, Chief Marketing Officer, Pernod Ricard India, said, “The short film industry in India is witnessing exciting times and growing dramatically as viewer habits evolve. Our platform Royal Stag Barrel Select Large Short Films has been at the forefront of driving this change.By creating content across genres, which is original, powerful and perfect, the platform has carved a niche for itself. As this genre grows, our endeavor will be to continue to bring these powerful stories and their creators to the forefront. MAMI has been an important and prestigious event for cinema lovers for over two decades and we are proud to partner with them for the 4th consecutive year as the short film category partner.”

HotFridayTalks spoke to some of the short film makers like Nikhil Rao, who directed the Indian Circus, he said that while short films are gaining popularity when it comes to choosing a medium of film making, the sad part is that short films don’t generally draw large audiences because there is no established showcase for short films, unlike the regular big budget Bollywood films. Due to this, the short films even though brilliantly made, lack the attention they actually deserve. “We need to find one platform where short film makers and the media can help promote the films as there is no proper system in place for short films where we can have film reviewers and critics come and watch them. They have to either search for the films online or wait for festivals like MAMI to showcase them,” said Nikhil.

There are many mainstream Bollywood directors like, Anurag Kashyap, Sujoy Ghosh and Farhan Akhtar, who are turning their attention to making short films too. Short films are a powerful medium to tell impactful stories and to entertain, and platforms like the Royal Stag Barrel Select Large Short Films are a blessing in disguise for short film makers.

Royal Stag Barrel Select Large Short Films had some well made short films to showcase this year at MAMI. Some of these films like ‘Sepia’ directed byArchit Kumar, ‘Siblings’ by Sheetal Menon, ‘Nawab’ directed by Mansi Jain and ‘Adheen’ directed by Yash Verma, were very powerful. Earlier too Royal Stag Barrel Select Large Short Films introduced and supported short films & talent in India, with films like Juice, Rogan Josh, and Laddoo – among others. These films have not only been premiered at the festival but have all gone either to win awards or have had a special mention at the prestigious National Awards.

Sui Dhaaga Trailer: Anushka Sharma Is Unrecognisable In The Film &...