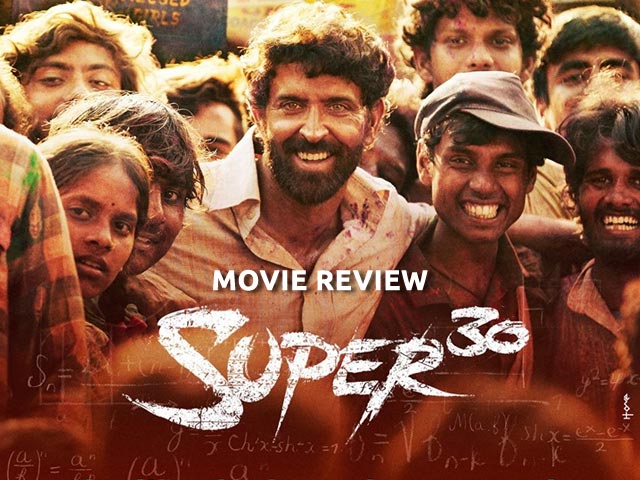 The story itself is an inspiring one, and the crisp narrative only adds in making the film an interesting and engrossing watch. The first half is mostly about how Anand’s family had huge aspirations for him and how they believed in him, even when the rest of the world didn’t. There are some beautiful moments in the first half, like the one where the father and mother are all excited about Anand going to Cambridge and they go all out to make sure he has warm clothes, or the one where Anand’s younger brother played by Nandish Sandhu and his mother do a little dance to express their happiness.There are some scenes that look a little over dramatised, but then again, what’s a Bollywood film without a lil’ drama right?

It would have been nice to see more of the romance between Anand and his girlfriend, played by Mrunal Thakur. I felt that Mrunal’s talent could have been used better, though she does manage to make an impact in the limited screen time she was given. Mrunal’s expressions, especially in the scene in the car, where she is having a conversation with her husband is unpretentious.

Hritik is brilliant in the film. One can see the tremendous effort he has put in to play the part. He is unbelievably good in some of the scenes. It takes some time to get used to Hrithik’s Bihari accent, but it grows on you.

Nandish as Pranav, Anand’s support system, and younger brother needs a special mention for portraying the character with so much conviction. Virendra Saxena as Anand’s father has played his part well too. Amit Sadh as the bold kurta with jeans clad journalist

Pankaj Tripathi, as the education minister who makes false promises, is at his usual comic best, and he makes the film lighter with his witty dialogues and expressions. The biggest round of applause goes to all the young actors, who play Anand’s underprivileged students. All of them have done a fantastic job.

My most favorite scene in the film is when Anand’s students perform a play during Holi at the coaching center for the rich kids. The scene is very well thought of and executed equally well too. It’s one of those scenes that sends a lump to your throat, and makes you smile at the same time.

Super 30 is wrapped in emotions, and it’s the kind of film that will inspire you to dream big!

Saheb, Biwi Aur Gangster 3 Movie Review: Can Somebody Hand Me...