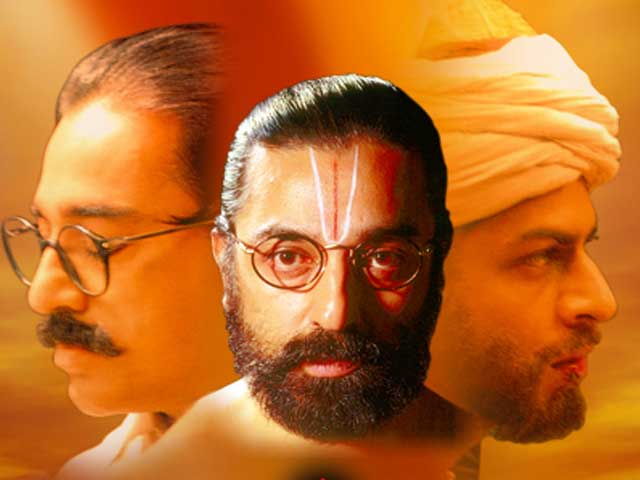 Actor, producer Shahrukh Khan has bought the rights for a Hindi remake of Kamal Haasan’s Hey Ram. The film is a political drama which was is Tamil-Hindi bilingual was written, directed and produced by Haasan in 2000.

While Hassan played the protagonist, Shahrukh too had an important role in the film. The story is about the seventh anniversary of the destruction of the Babri Mosque by Hindu fundamentalists. A retired archaeologist named Saket Ram (Haasan) reminisces about his life on his deathbed, the film is a flashback where Saket Ram goes back in time to the Partition, recalling his friendship with his Muslim colleague Amjad Ali Khan (Shahrukh Khan), who is against India being divided and chooses not to migrate to the newly created Pakistan.

Saket Ram goes to Kolkata to be with his wife, and there he gets pulled into a plot to assassinate Mahatma Gandhi. The film also starred the late Om Puri, Naseeruddin Shah, Rani Mukerji, Hema Malini, Vasundhara Das, Atul Kulkarni and Vikram Gokhale. The film won three National Film Awards and was also selected by Film Federation of India as the country’s official submission to the Oscars.

Interestingly, for his role in Hey Ram, Shahrukh did not receive any remuneration as the producers had run out of funds but he was gifted a Wristwatch instead. Speaking to a leading newspaper, Haasan said, “Shah Rukh only got a wristwatch for acting in my film at the time because, by the end of it, I had nothing left in hand. Now, he is the brand ambassador for a watch brand. I am glad that he got the Hindi rights of Hey Ram from Bharat bhai (co-producer Bharat Shah). He should have some memory of the film as he gave his friendship and service for it.”

Shahrukh in the meantime is busy with Anand L Rai’s Zero.

Which Of The Recent Incidents In India Could Make Movies To...