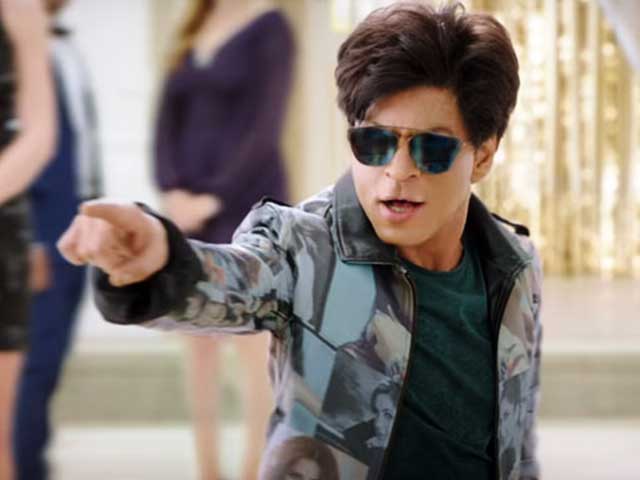 So the teaser of the much awaited Shah Rukh Khan film, Zero is finally out and the trailer has already crossed more than 3 million hits on YouTube! Shah Rukh surprised his fans on New Year by sharing the news and announcing the title of the film.

At around 5 pm on 1 January, Shah Rukh tweeted the title of the film on his Twitter handle. Zero is directed by director Anand L Rai and this is the first time Shah Rukh and Anand will be joining hands for a film. The title was announced through a teaser which was a throwback to the 80s complete with those glazing lights and grand sets. The teaser looks interesting with a number of adjectives like Pagal, Dhokebaaz, Mental, Shaaya used to describe SRK’s character in the film. character.

SRK plays a dwarf in Zero and this is the first time that the actor will be essaying such a role. While this is not the first time an actor is playing such a role actors like Kamal Hassan, Anupam Kher and Johnny Lever have played the role of dwarfs in Appu Raja, Janeman, and Aashiq respectively, it will be interesting to see King Khan in a different avatar.

The film also stars Katrina Kaif and Anushka Sharma and according to sources, SRK plays a star-struck fan while Katrina plays a celebrity. Anushka joined the team in September but took a break for her wedding and is expected to join the team soon after she gets back from South Africa where she is currently with husband Virat Kohli and the Indian cricket team.

The working title for the film was Dwarf and it is being said that the film was also tentatively titled Katrina Meri Jaan or Bandhua. The VFX plays a very important role in the film too. Zero is slated to release around Christmas on 21 December this year.

Zero will clash with Sushant Singh Rajput and Sara Ali Khan’s Kedarnath which also releases on 21 December this year.

Films and film stars are easy targets when it comes to trolls, and as soon as the teaser of Zero was out, netizens went crazy with jokes around the title of the movie.

After the #Padmavat verdict,
SRK named his movie #ZERO so that the censor board cannot add, subtract, multiply, divide. Anything from the title.

Read Also: When Shah Rukh Khan Was At His Wittiest Best At A Recent Event!

Shahid Kapoor’s Upcoming Movies To Look Forward To in 2018