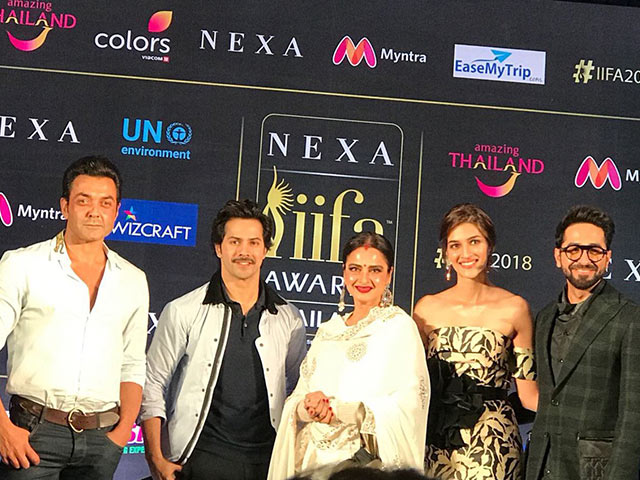 As we all know by now that the IIFA 2018 has begun, thanks to celebrities like Varun Dhawan, Shraddha Kapoor, Karan Johar, Arjun Kapoor etc. posting fun videos and images on their social media!

Like every year, the 19th International Indian Film Academy Awards (IIFA) brings together the who’s who of Bollywood. This year the IIFA is being held in Bangkok, Thailand and the three-day extravaganza kick-started on Friday 22 June with IIFA Rocks which is a musical event.

While the main event is tonight, Sunday, 24 June, the technical awards took place on Friday and Ranbir Kapoor and Katrina Kaif-starrer Jagga Jasoos won three awards in the technical categories! The film might not have impressed the audience at the box office but technically the film managed to win over the critics at IIFA. Directed by Anurag Basu, Jagga Jasoos was the story of a boy named Jagga, whose adoptive father, Bagchi, puts him in a boarding school and mysteriously disappears. The film won awards for the Background Score (Pritam Chakraborty), Best Choreography (Vijay Ganguly and Ruel Dausan Varindani) and the Special Effects (NY VFXWALA).

IIFA Rocks was hosted by Kartik Aaryan and Ayushmann Khurrana, while Pritam Chakraborty, Nushrat Bharucha and Mouni Roy performed at IIFA Rocks. There will be performances by Bobby Deol (who returns on stage after seven years for IIFA), Varun Dhawan, Arjun Kapoor, Rekha, Kriti Sanon, Shraddha Kapoor and Lulia Vantur during the main event tonight. Actor Shahid Kapoor who was also supposed to be a part had to back out last minute due to an injury. Karan Johar and Riteish Deshmukh will be s co-hosting the main event.

Five Must Watch Movies For The Single And Ready To Mingle!