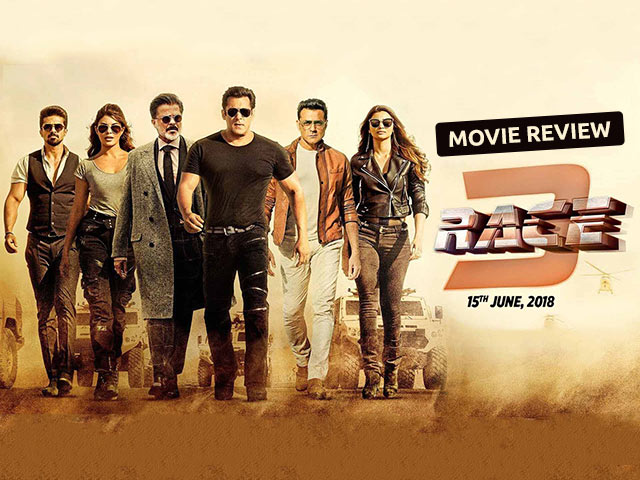 All the blowing up of expensive cars, killings, and bloodshed all because one Shamsher Singh wants to get back to his old village Handia? Shamsher Singh (Anil Kapoor) has made millions as an arms dealer and has built an empire in Al-Shifa Island in the Middle East, his only desire is to retire and go back to Handia. While Sikander (Salman Khan) is Shamsher’s stepson, Sanjana (Daisy Shah) and Suraj (Saqib Saleem) are Shamsher’s twin offsprings. Then there is Yash (Bobby Deol) who looks up to Sikander as his mentor and is ever faithful to him and of course, there is the stunning Jessica (Jacqueline Fernandez) Sikander’s love interest.

All the characters are introduced well in the film before the Race begins! So we’re pretty much sure of who’s who, but it is once the race actually begins we lose track of what’s going on! I mean imagine a man wearing an overcoat in the middle of a desert under the blazing sun! Even though Anil Kapoor does look dapper and all but seriously who dresses like that in the heat? Ok, so we remind ourselves to mind our own business because he’s the one wearing it and getting roasted in the heat and not us! But then again those dialogues and what was that song; ‘Ek baar baby selfish hokar dekh?”. The plot? It moves from action to a love triangle to catfights, sibling rivalry and suddenly to a Rajshri film like family drama! The film is a khichdi of everything!

Remo D’Souza has tried to play fair and make all his actors happy by giving them all their dance and song and fight sequences each. Race 3 like all the Race films before, has many twists, especially after the interval. Some scenes almost felt like one was sitting through a 3 D Video game, especially the scene where Sanjana and Suraj go to fight the goons and go on a shooting spree and then Sikandar comes to their rescue and then Yash also joins them.

From Lamborghini to Ferraris and Bentleys all are seen blown up and going up in flames. The film has been stylishly shot from locations to costumes, props etc. and edited but unfortunately a film needs more than that to grab attention. But having said that it’s a Salman Khan film. He is capable of single-handedly pulling in the crowds to the theaters, all his films need are a bit of swag, a bit of action, some mind-blowing stunts and the ever famous shirtless shot of Salman.

Jacqueline Fernandez’s pole dance is worth watching. The stylish Anil Kapoor adds a lot of swag to the film, It’s nice to see Bobby Deol back in action, Daisy Shah’s hilarious dialogues have already become the talk of the town. The songs are strictly ok, it’s the reprised version of Allah Duhai Hai that still sounds the best and is hummable.

Having said that, there will be no stopping Salman fans from watching this movie. The theaters will be full this weekend ‘coz it’s bhai’s film after all and that too an Eid release…..So I guess I better mind my own business!

FryDay:Dunno About Anyone Else But My ‘Bheja’ Was Absolutely Fry ed!