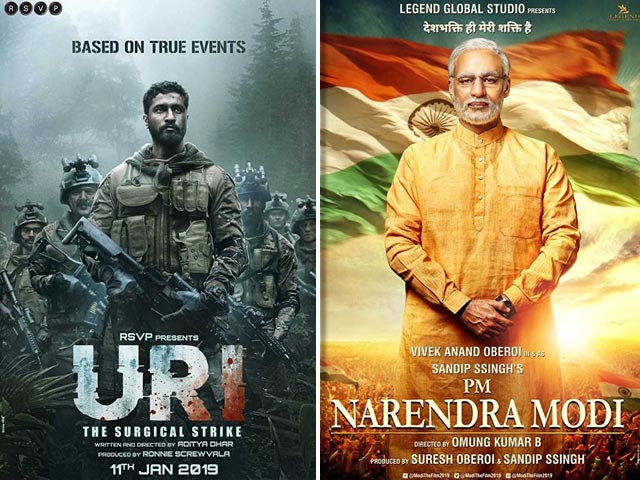 Politics and Bollywood is an interesting combination. End of 2018 and this year seems to be big in terms of the political genre. Isn’t it astonishing that so many political and patriotic movies are released just before the elections? Was it planned or just accidental? We can just keep guessing.

Below, we have listed such movies. Take a look.

This is an upcoming movie directed by Omung Kumar based on the life of Prime Minister Narendra Modi. The actor Vivek Oberoi is playing the lead character and is also credited as the co-writer of the movie.

The Accidental Prime Minister Was Amongst The Most Controversial Movies

This was based on policy analyst Sanjaya Baru’s book exploring Dr. Manmohan Singh’s tenure as the Prime Minister of India. Actor Anupam Kher had truly gone under the skin of this character. The film has received a lot of criticism from the Congress party calling it the ruling party’s propaganda.

Thackeray Was A Much Talked About Movie

Directed by Abhijit Panse, Thackeray, is based on the life of one of the most renowned politicians of his times, Balasaheb Thackeray. Nawazudding Siddiqui played the role of the founder of Shiv Sena very well. The film’s content had raised eyebrows considering the casteist comments.

Directed by Aditya Dhar, Uri: The Surgical Strike is based on the surgical attacks of 2016. The movie talks about the numerous terrorist attacks that took place on the Indian side of the Line of Control LOC, which eventually forced the government to plan the surgical strikes.

Directed by Meghna Gulzar, Raazi was applauded for dealing with patriotism and the idea of nationalism. The film is based on the book Calling Sehmat on a true account of a RAW agent who marries into a Pakistani military family to relay information. The film was praised for depicting love for the nation with sensitivity.

If you are the one who loves watching this genre of movies, then you must be having a gala time for sure!