HotFridayTalks
Home Movies Pari Teaser Review: Looks Like Pari Will Scare The Daylights Out Of... 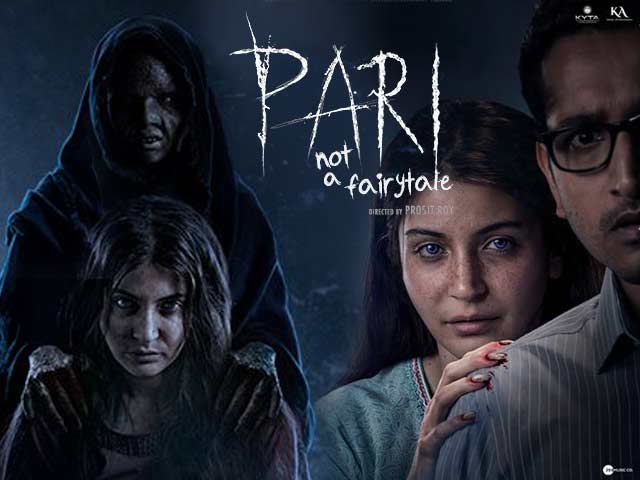 Don’t go by the name Pari, Anushka Sharma’s upcoming movie is NOT a fairytale! Neither is it about a ‘pari’ This one is a supernatural thriller and from whatever little we watched in the teaser that was recently released, all we can say is be ready for some fear, fright, and panic!

In the poster and screamer that were earlier released, we could see Anushka all battered and bruised with bloodshot eyes, that itself was quite unnerving! Now the teaser gives us a glimpse of the kind of horror we can expect from Pari. The teaser also comes with a warning that says; “The devil is out to play.”

The teaser opens with a shot of a couple sitting on a park bench, sharing an umbrella, then moves on to Anushka sitting on a sofa watching television while a voice of a man in the background asks her to leave, then we see Anushka trying to strangle the man! Anushka looks completely different from the avatar we are so used to seeing her in the other romantic movies. There are then glimpses of Anushka terrorizing people.

While Anushka has already produced NH10 and Phillauri under her banner Clean Slate Films, Pari is Anushka’s Sharma’s third venture as a producer. The film also stars Parambrata Chatterjee, Rajat Kapoor, and Ritabhari Chakraborty.The film marks the debut of actor Prosit Roy. Pari has been shot in Mumbai and Kolkata.

The film was earlier slated to release on 9 February but will now be releasing on 2 March.

Read Also: Anushka Sharma In Pari & Anushka Shetty In Bhaagamathie Are Sure To Leave You Sleepless