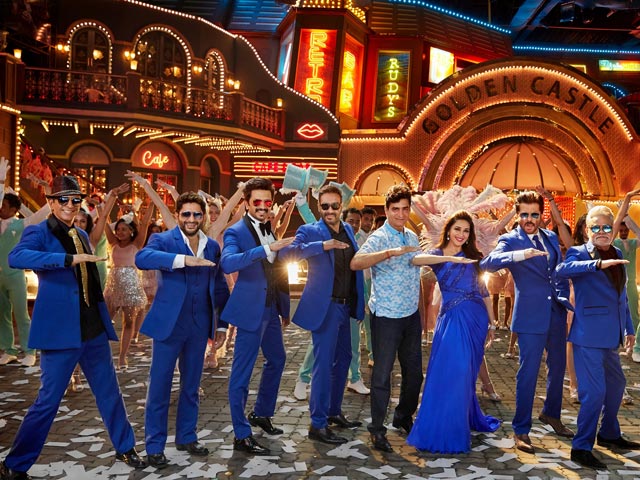 The third installment of the popular Dhamaal franchise directed and co-produced by Indra Kumar and starring Anil Kapoor, madhuri Dixit Nene, Ajay Devgn, Ritesh Deshmukh, Arshad Warsi among others is a laugh riot and the audience has been raving about it.

The third installment in the Dhamaal franchise, Total Dhamaal is an adventure comedy about a hidden booty of 50 crore which leads to a mad chase.A bunch of eccentric and money hungry and greedy characters are all on a mad mad race to get to the booty! Total Dhamaal is a typically loud comedy with some very predictable gags, punches, scenes and even dialogues but the film is totally entertaining, to a certain extent.

Total Dhamaal has seen a massive success garnering great word of mouth and box office collection.The film which has attracted family audiences and kids, have special strategy to attract the audiences away from home. Cashing in on that, the cinema chain, PVR has Total Dhamaal with English subtitles for Expats so that they too can enjoy this hilarious film. This is the first time a comedy movie has subtitles.

The talented writer of Total Dhamaal, Ved Prakash spoke to Hot Friday Talks and explained why they decided to have the subtitles for the expats. He said,”The film has has been a huge success and people are calling us and writing back to tell us that they have enjoyed it a lot. Even overseas people are raving about the film. We wanted them to understand and enjoy each and every dialogue is the film as much as everyone else, hence we took the decision to have English subtitles.”

The subtitled shows are for select cinema and has started from 27th February for a week. Thanks to the makers, the people who can’t understand Hindi very well will now be able to enjoy this entertaining film like everyone else.